Electric Car Batteries – The Past 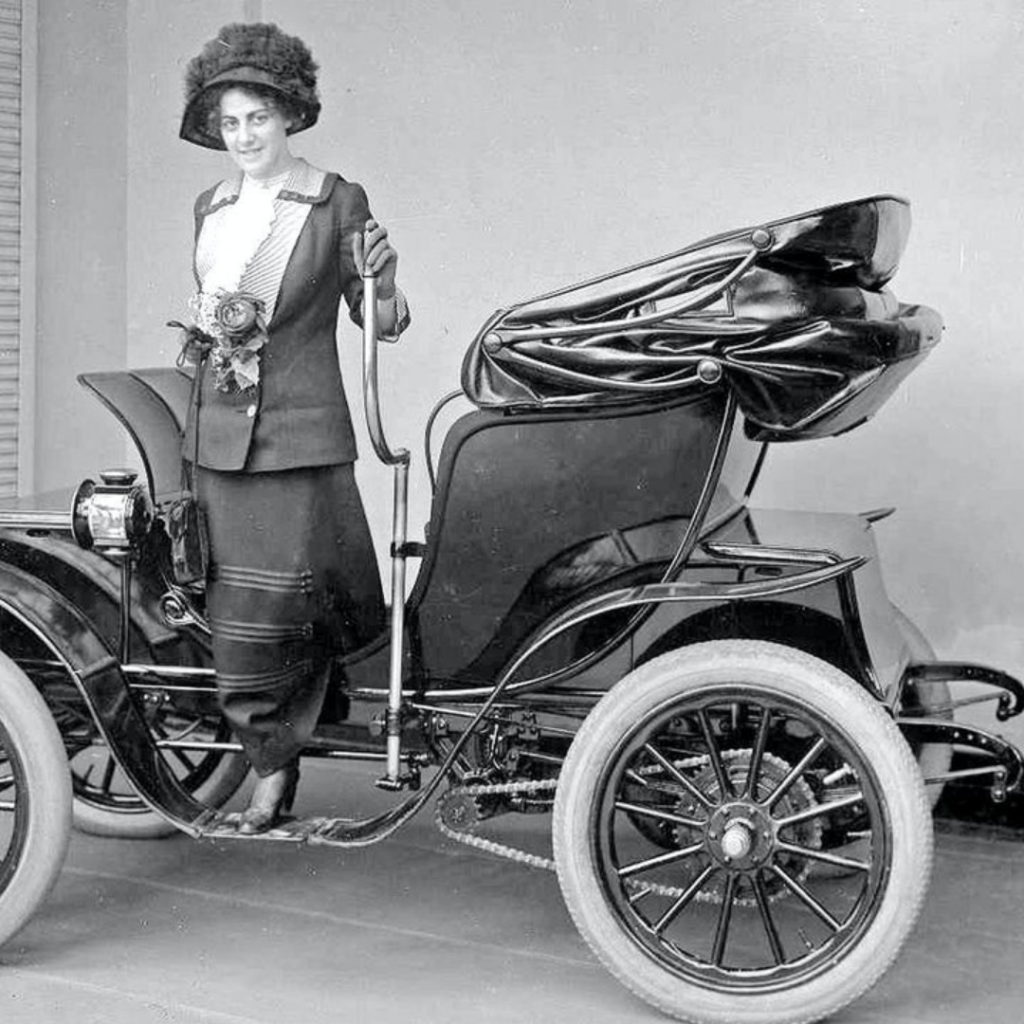 In 1889 Thomas Edison developed the nickel-alkaline battery for use in an electric car and the popularity of electric cars continued to develop. An incredible 28% of all vehicles on the road in 1900 were electric cars. Unfortunately, the ease of refuelling with petrol meant that electric vehicles would eventually die out for nearly a century.

The first electric car of the modern era was the Tesla Roadster, soon followed by the Tesla Model S. The batteries used have changed very little since then either. Lithium-ion batteries are the standard battery used for nearly all electric vehicles. However, these batteries do come with some issues and controversies that manufacturers are trying to address. 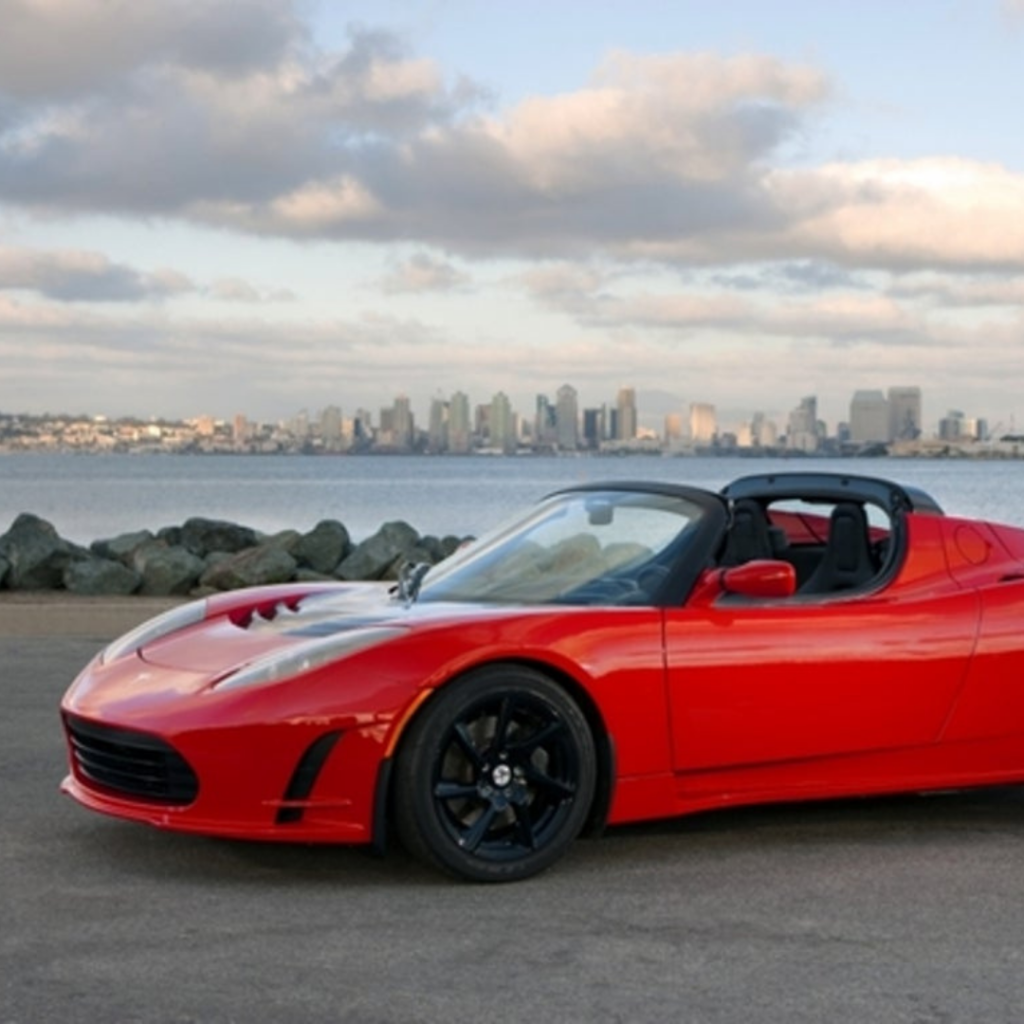 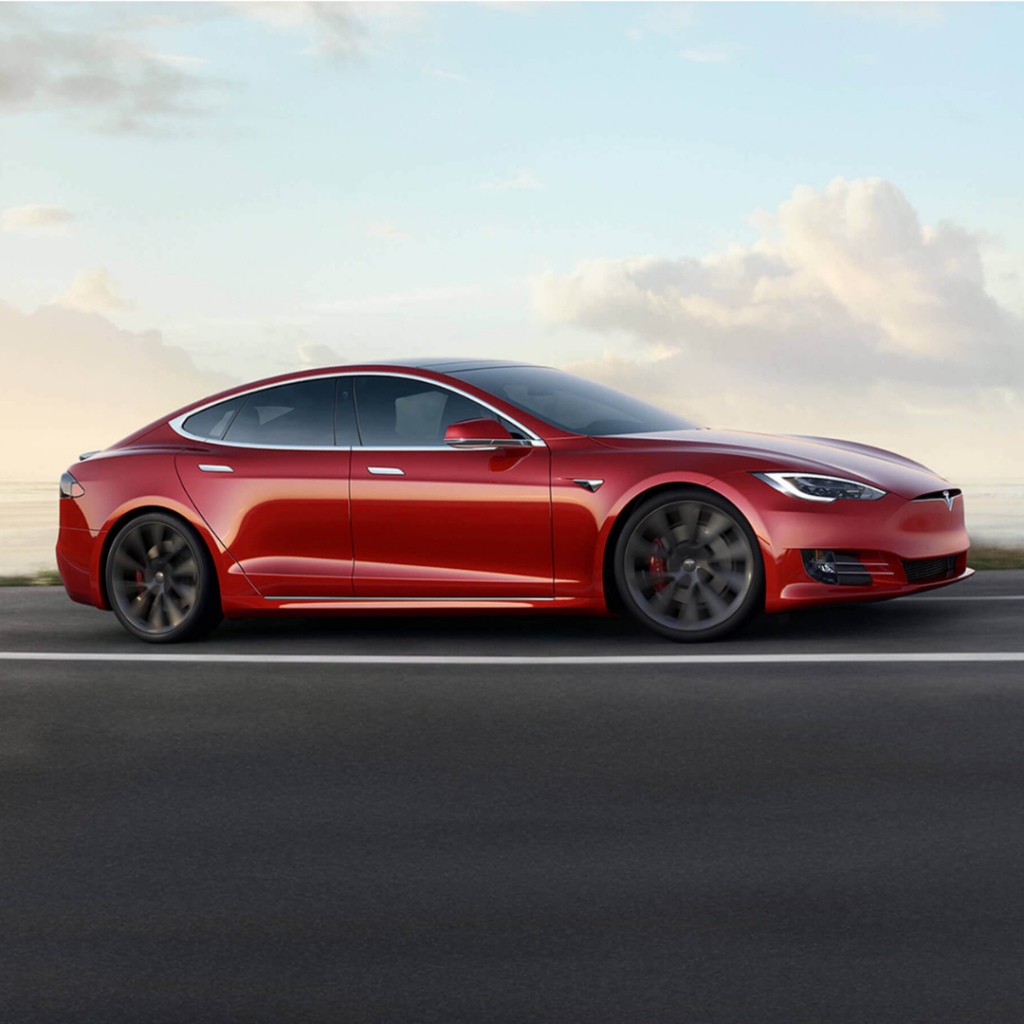 With batteries for electric vehicles you need something that will store a lot of energy and be able to charge up quickly. Lithium-ion batteries are able to do this, however, this does make them more volatile than some other battery types (such as your standard AA batteries). The stability of the battery is vastly improved by using a metal called cobalt to stabilise the chemicals used.

Unfortunately, cobalt itself has come under a lot of scrutiny. Cobalt is a very rare metal of which 75% is sourced in the Democratic Republic of the Congo in Africa. Mining for this precious resource can be a dangerous occupation, with large numbers of those digging for cobalt not wearing proper protective clothing and working in conditions that would make health and safety officers in the UK wince.

Unfortunately, the Democratic Republic of the Congo is a very poor nation and the manufacturers that are sourcing the cobalt in this part of the world are making vast amounts of money without properly passing on enough of the profits to those on the bottom rung of the ladder.

Tesla and other manufacturers, of course, are not mining companies and they are not in direct control of the mining in the Democratic Republic of the Congo. However, one of the criticisms that Elon Musk has faced personally is that Tesla et al are not reviewing the mining processes and conditions from which they benefit properly. When you’re a multi-billionaire the exploitation of a poor nation is a valid issue that has not been properly addressed by the tech giant.

Batteries are pretty important to an electric vehicle (something which I am sure everyone can agree on). So the challenge is to make them safer, cheaper and, most importantly, sustainable and ethical.

Although cobalt continues to be used in the electric vehicle industry, there is a vast amount of research and development in finding alternative methods of stabilising batteries whilst keeping the same level of performance in power and charging capabilities.

One possible breakthrough came from a university in Texas which developed a nickel-rich cathode to replace the cobalt version entirely. Although the battery had a lower energy density it was able to operate at higher voltages and at similar charge rates to the cobalt version. Even after 1,000 charge cycles the nickel-rich cathode was able to perform as well as the cells with cobalt cathodes.

Another development to move away from cobalt is the use of lithium-sulfur batteries. These batteries not only do away with cobalt, they actually have a much higher energy density than the cobalt equivalent. The lithium-sulfur battery is also a lot cheaper to produce, which alone makes it a very attractive prospect. However, further research and development is required to increase the longevity of this type of battery.

Toyota seems to be on the cusp of a solid state battery breakthrough. If they can achieve it then they will be producing a car with 500 miles of range that can charge to 100% in just 10 minutes. This is absolutely astounding. We would also see the price of electric cars fall due to the cheaper batteries being produced. We are, after all, frequently reminded that batteries are what makes up the bulk of the cost of a new electric car.

There is one other big issue with batteries that I haven’t yet discussed. In the next 10-20 years we will see a vast explosion (for want of a better word) of electric vehicle demand as petrol and diesel vehicles are phased out. So where are all the batteries for these cars going to come from? We have already seen backlogs of electric vehicle rollouts due to the demand for batteries. 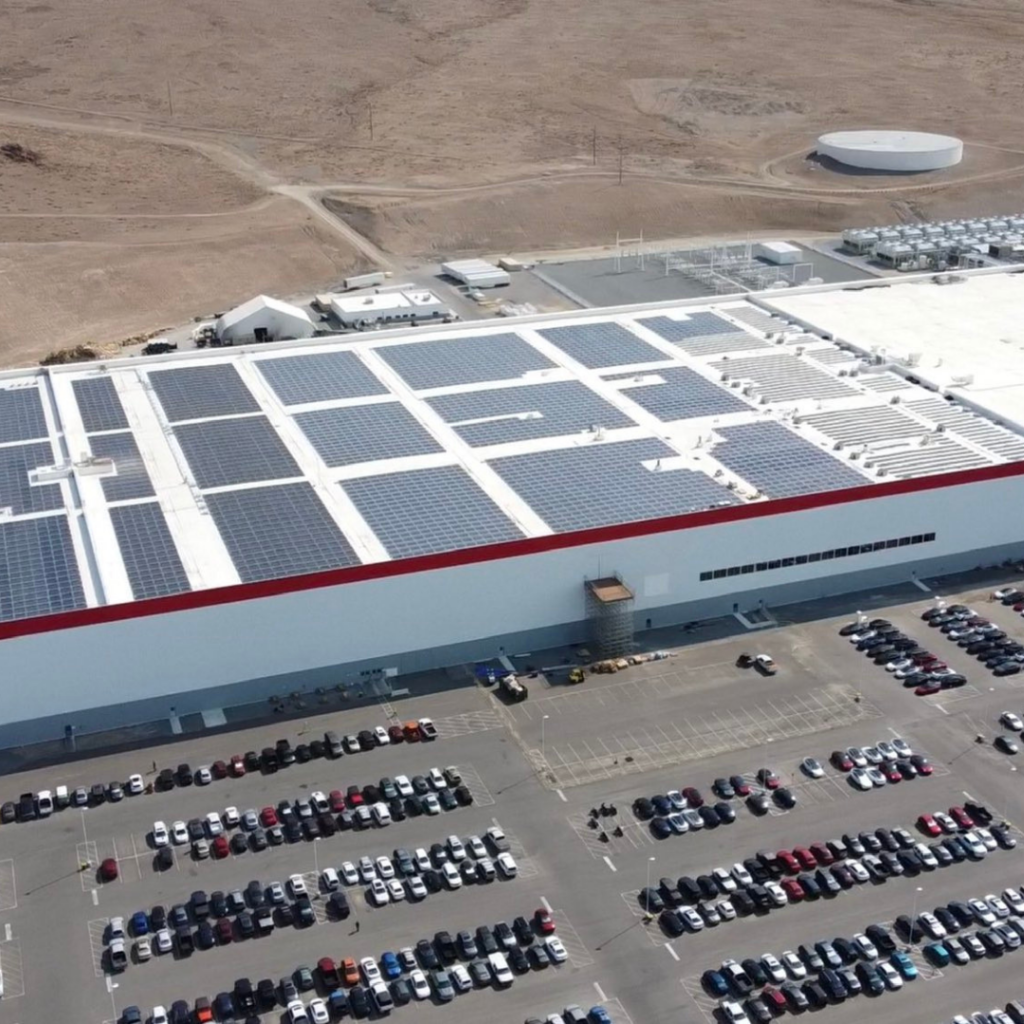 The UK isn’t far behind though. Nissan has its own Gigafactory in Sunderland which provides batteries for the Nissan Leaf. The current output of this factory is 1.7GWh per year with Nissan planning to increase capacity to 25GWh by 2030. This will mean that Nissan can produce hundreds of thousands of electric car batteries for all its cars every year.

Britishvolt is a UK start-up which was founded by UAE businessman, Orral Nadjari. Mr Nadjari has invested a massive £2.6 billion in a new Gigafactory being built in Blyth. 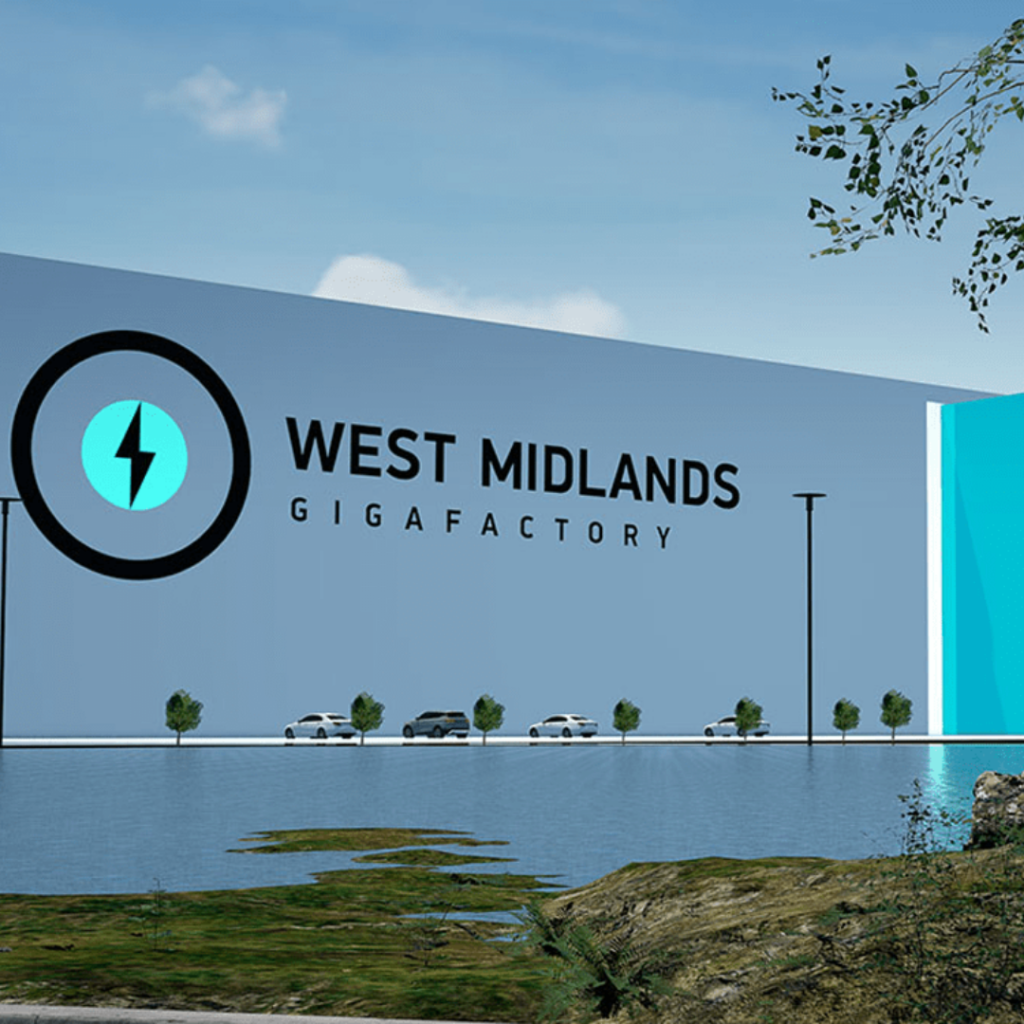 Planning permission was granted for the new Gigafactory in July 2021 with ground being broken at the site later the same month. This Gigafactory will be absolutely colossal, covering the area of 50 football pitches (soccer to our North American friends) making it the fourth largest building in Britain. Britishvolt are hoping to be operational by 2024 and will be producing around 30GWh of battery per year by 2027.

Another huge Gigafactory is being planned for Coventry on the site of a private airfield. The land has already been acquired by the West Midlands Gigafactory company and a £2.5 billion investment has been made towards the project to date. This Gigafactory is aiming to be the biggest in the UK, even surpassing Britishvolt’s Gigafactory in Blyth.

The Coventry site will be able to churn out 60GWh of battery every year when at full capacity. Enough for 600,000 electric vehicles. The site will also be powered by 100% sustainable energy and looks to be fully functional by 2025. This project has the backing of the government as well as the local authorities and education establishments, such as the University of Warwick and Coventry University.

The way that the electric car revolution has taken off in the last couple of years especially has taken nearly everyone by surprise. Even the head of Panasonic, one of the leading battery manufacturers in the world, said that electric car sales would pass 3 million by the year 2025. Not even he could have expected that number to have been eclipsed in 2021 already.

For the complete switch to electric vehicles to be successful it is vital to be able to produce the number of batteries required for the vehicles. This is a problem that has existed for a few years now. It’s not something new that we are suddenly faced with. The building and expansion of Gigafactories in the UK is a hugely positive development. However, more capacity will be needed when the revolution is in full swing. Hopefully more investment, more Gigafactories and higher capacity factories (Terafactories) will be seen in the very near future. We certainly need it.

The composition of the batteries is perhaps the most troubling issue. Using a rare, expensive and toxic material to produce the batteries has been necessary up to now in order to produce the level of power needed with a level of stability in the battery that was acceptable. However, the unethical practices used to extract the cobalt can never be accepted. Toyota should hold their heads high for being at the forefront of the development of solid state batteries. As solid state and other alternative forms of battery become available we need everyone to get on board and eradicate the need for cobalt.

Stay up to date with EVision EVs by joining our newsletter here! You’ll be the first to hear about new vehicles and breaking EV news. Plus, advice and tips from our EV experts!

You can also follow us on our social media using the links below: