Going electric is becoming more popular, and there really is no better time to switch to electric cars – but that doesn’t mean everyone is convinced. There are plenty of Brits who are put off simply by suffering from range anxiety; ending up with an electric car  that can’t travel as far on a single charge as they need it to.

Some of the newest electric vehicles (EVs) are capable of huge ranges, meaning you can do a full day of driving and still have more than enough for the weekend. In fact, all of our top 10 electric cars can have at least 330 miles of range.

The Government has huge plans to increase the number of public charge points and have even commissioned their own EV charge point design. But we know the worry of not being able to charge your EV is enough to push anyone over the edge, especially those who do not have access to off-street parking.

However, all of these electric cars can travel further, meaning they can be charged less frequently. Depending on how far you travel day to day, you may not even have to charge your EV everyday!

So which electric cars have the longest ranges? We’ve ranked these based on their official range given by the manufacturer themselves, so let’s see which EV is miles better!

The Polestar 2 has always been one of our favourite all-electric models, and the range speaks for itself. Polestar is partly owned by Volvo, hence the classic Volvo styling throughout. In fact, some of the features are identical to those you’d find in the electric XC40.

We do think the Polestar 2 has the sportier-edge to Volvo’s electric cars at the moment. It is absolutely fantastic to look at and drives lovely. In the Polestar 2 you can enjoy longer journeys without breaking a sweat – or taking a break! 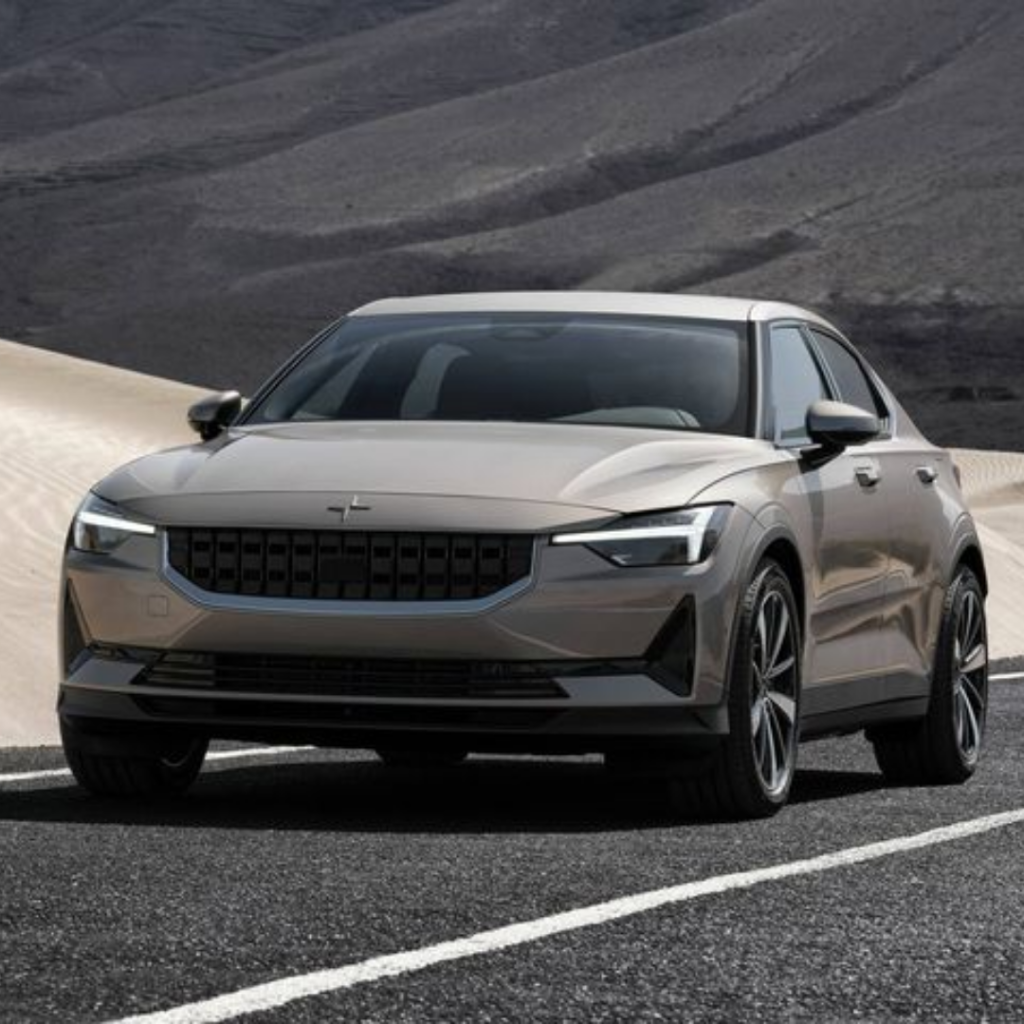 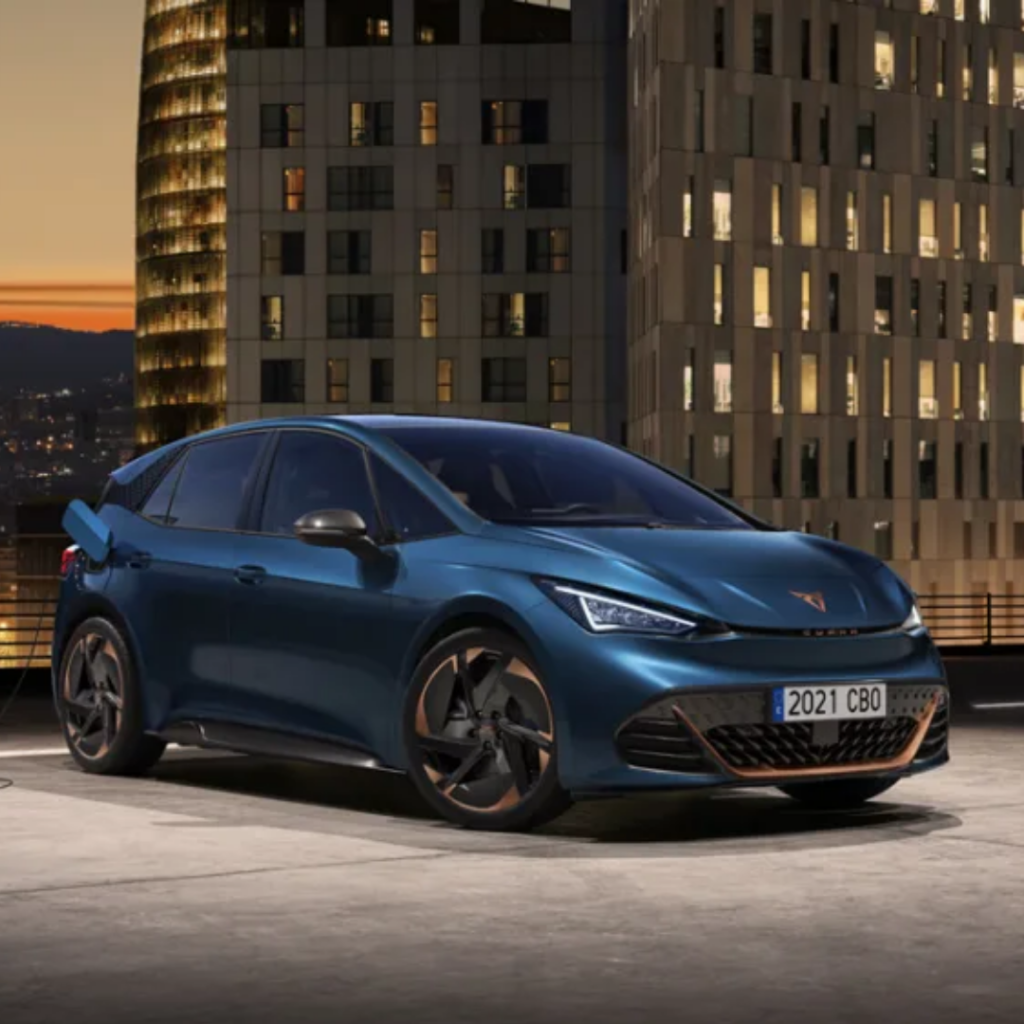 This is basically Seat’s sub-brand, Cupra’s, take on the Volkswagen ID.3 (which is coming up soon). The Cupra Born has a sharp styling and sleek interior, however for the range, and the price, we’d rather have the Polestar 2. The Born is due to be released in the UK in early 2022 and we’re excited to test it out when it arrives.

Can you believe the little ID.3 Pro S has more range than the much bigger Polestar 2?! The ID.3 is by far one of the best small electric cars for the money, and the range. It’s one of the very few that tips over 300 miles. When you consider the Honda E’s tiny 130 mile range, the ID.3 is much more impressive and for not a lot more money. The ID.3 is actually only about £5,000 dearer than the Honda E, which is not a lot when you’re making a big purchase like this. 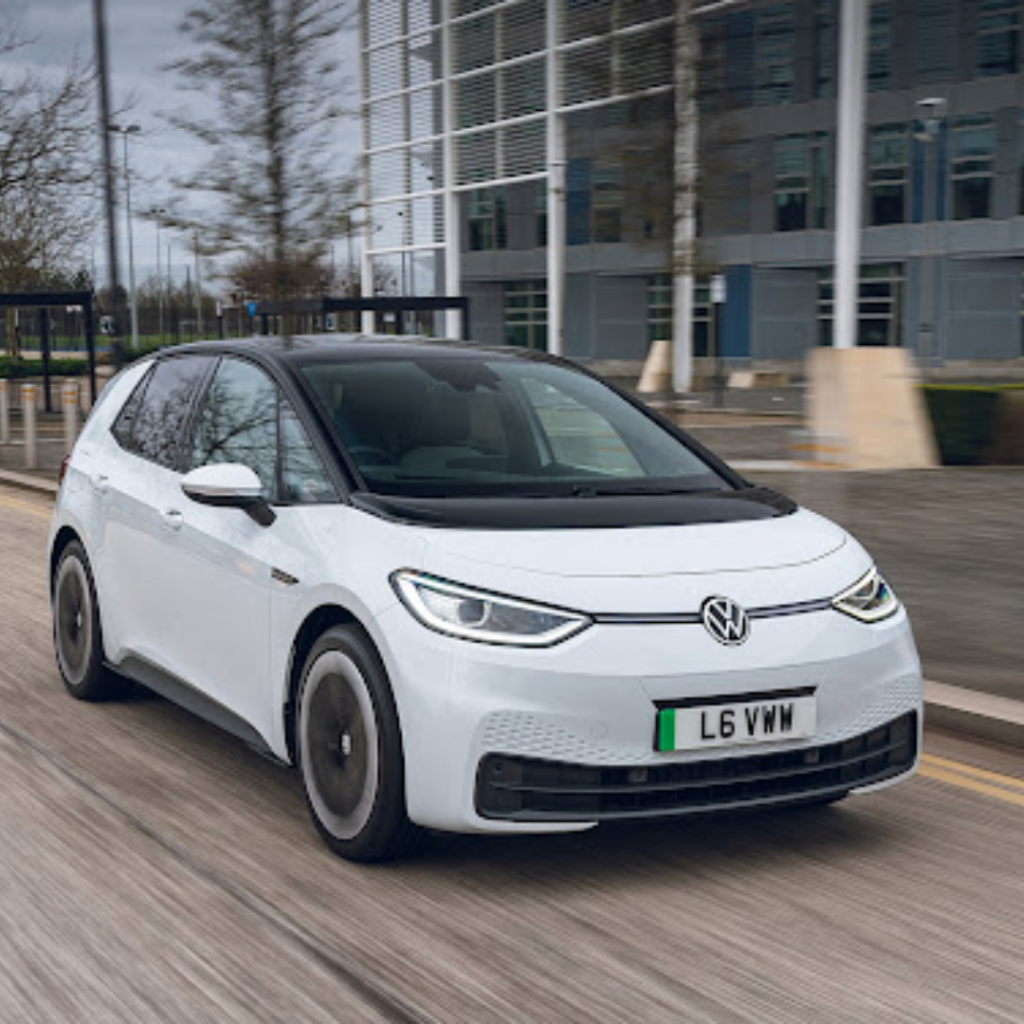 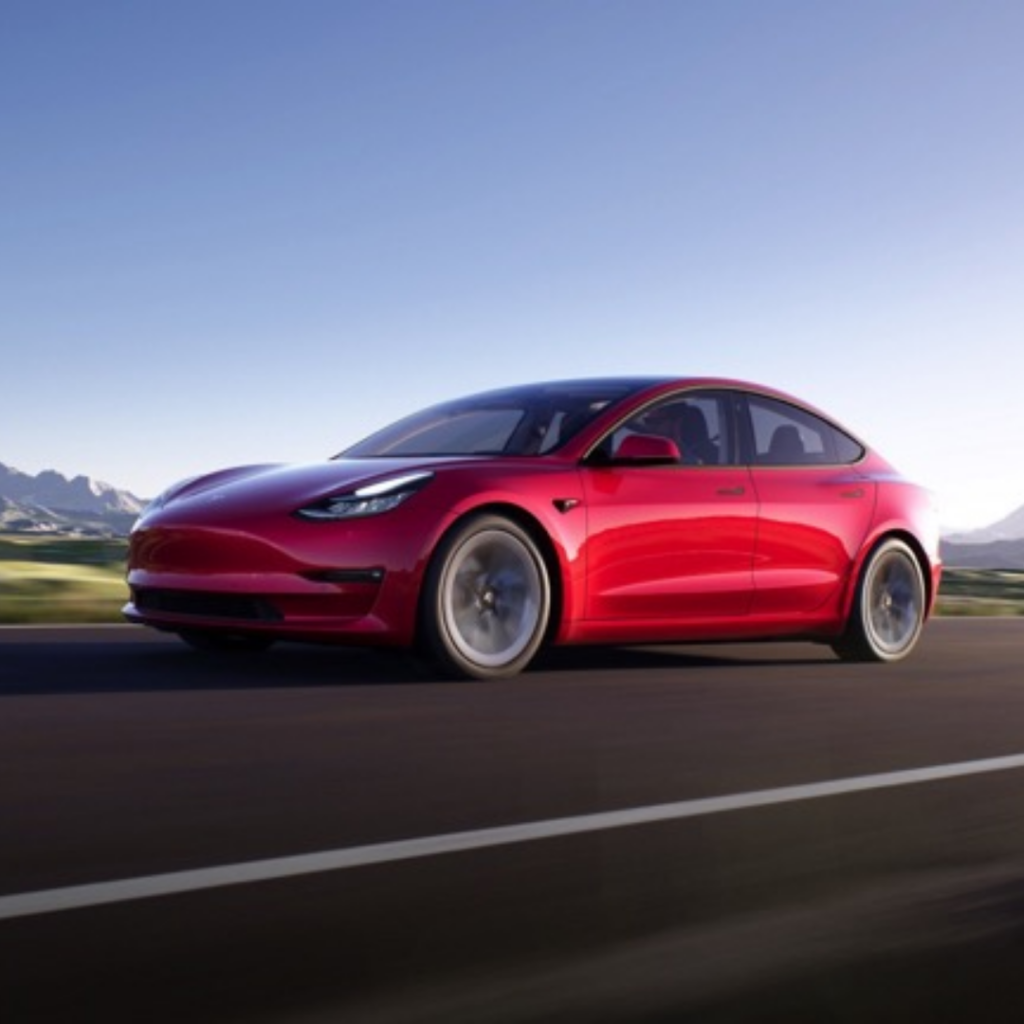 Here it is, the first Tesla on the list (and yes, there’s more to come). You can pick up a brand new Tesla Model 3 for ‘just’ £40,000, however to get the longest range model you’ll need to splash out £48,000 instead. With the Tesla models, it really depends on what Model you prefer. Let’s be honest, if you’re good to fork out £40,000 odd, we imagine another few grand isn’t a huge issue.

Tesla’s latest model is the Model Y. A more accessible, mid-range SUV. The Tesla Model Y is a mismatch of the Tesla models X and 3, and we can expect the Model Y to arrive in the UK early in 2022. We’re expecting the Model Y to be extremely popular thanks to its clean, modern design, immense performance and long range. Plus, drivers will have access to Tesla’s Supercharger network.

P.S. We have some on delivery, so you will be able to hire them in the new year! 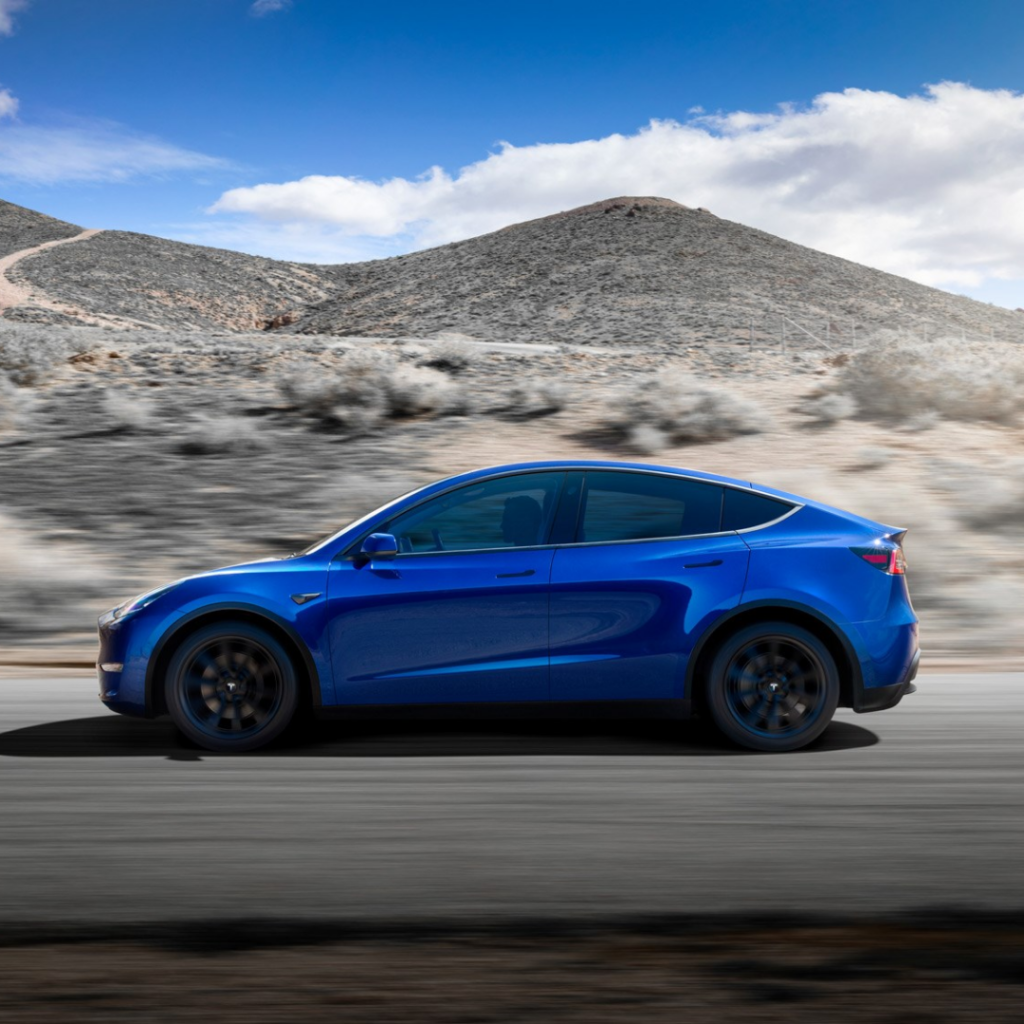 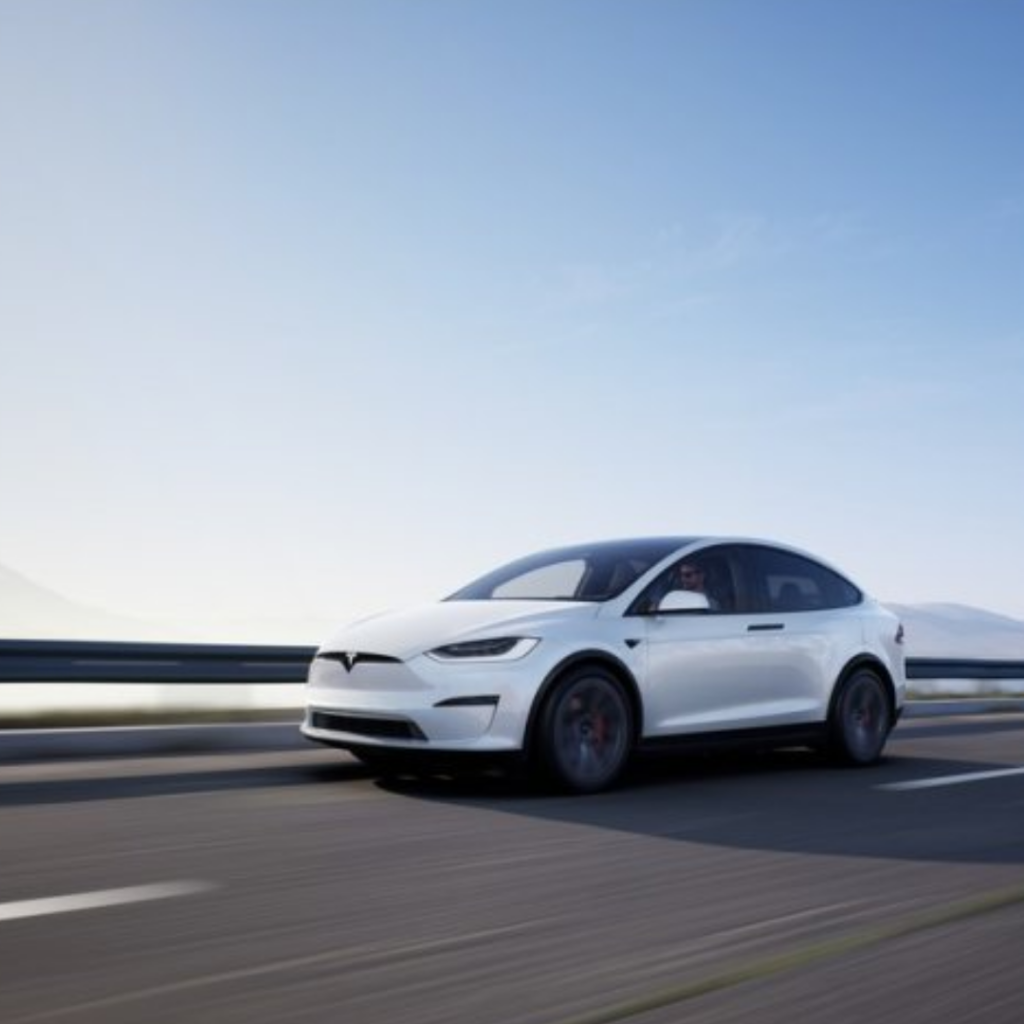 The Tesla Model X is big, fast and only slightly expensive. But, with the exception of the newly announced Model Y, it is the only all-electric, seven-seater SUV on the market. Plus, one that can travel this far between charges. Package that up with some incredible Tesla tech, and you can see why the Tesla Model X is a best-seller.

Moving away from the Tesla market for just a minute, the chunky BMW i4 is a great alternative. It’s a direct rival to the Model 3, and actually works out more affordable, but how does it match up to the Tesla Model 3? Firstly, it looks great and is possibly not so in your face as a Tesla. Plus, it’s incredibly roomy and built using sustainable materials! 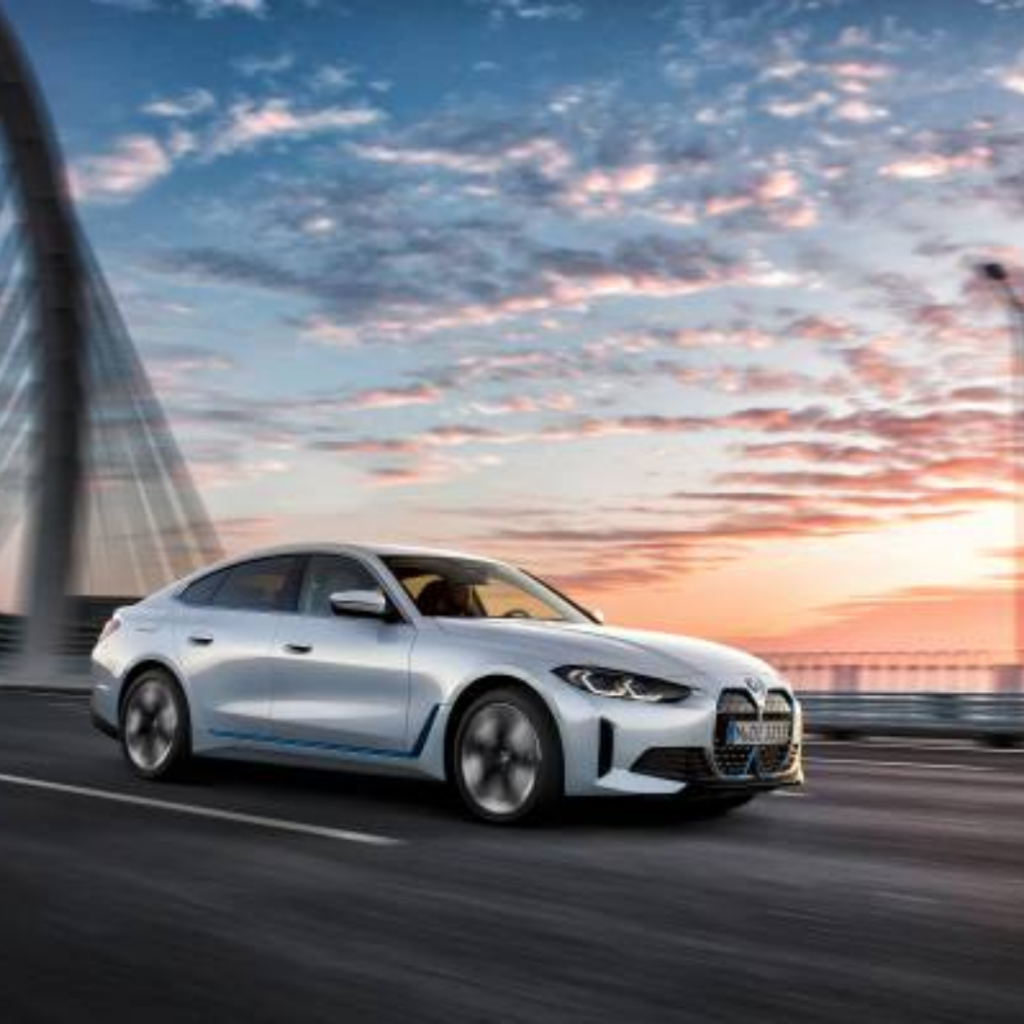 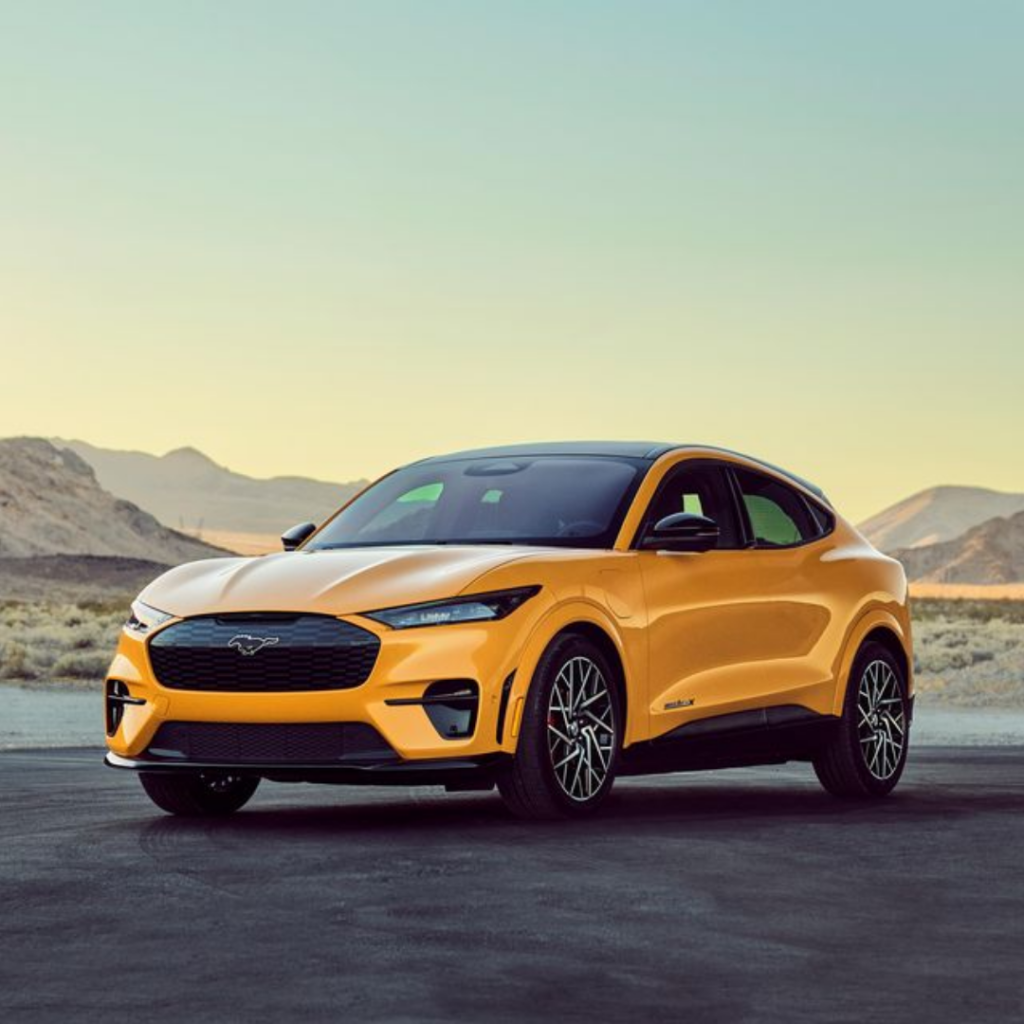 Ford’s leap into the EV world has definitely been noted! The Mach E has been one of the most anticipated electric cars to be released this year. With styling cues from Ford’s most famous V8-engined muscle car, a long range and a Tesla style minimalistic interior, there’s no wonder this EV has caused some hype!

Here at EVision Electric Vehicles, we’re just as excited about this electric car as you guys are. We’ve ordered a bunch to add to our fleet in the new year so we cannot wait to get behind the wheel.

Annnnnd, we’re back to Tesla! The final EV from Tesla’s brand is the infamous Model S, the smaller and sportier mode compared to the Tesla Model X. The Model S has been around a long time, first launching back in 2012 but it is aging well. With constant improvements, this car is still as cutting-edge as ever.

Of course, this Tesla really does come with a price tag, and it isn’t cheap. For the cheapest Model S, you’re looking at £90,000. Thankfully, the Model S has been around long enough for lots of second hand models to pop up. Models that, of course, still have more range than anyone would need.

In fact, our sister company, EV Sales, specialises in the sale of second hand EVs and they have a bunch of Tesla models in stock right now! You can check them out, here. 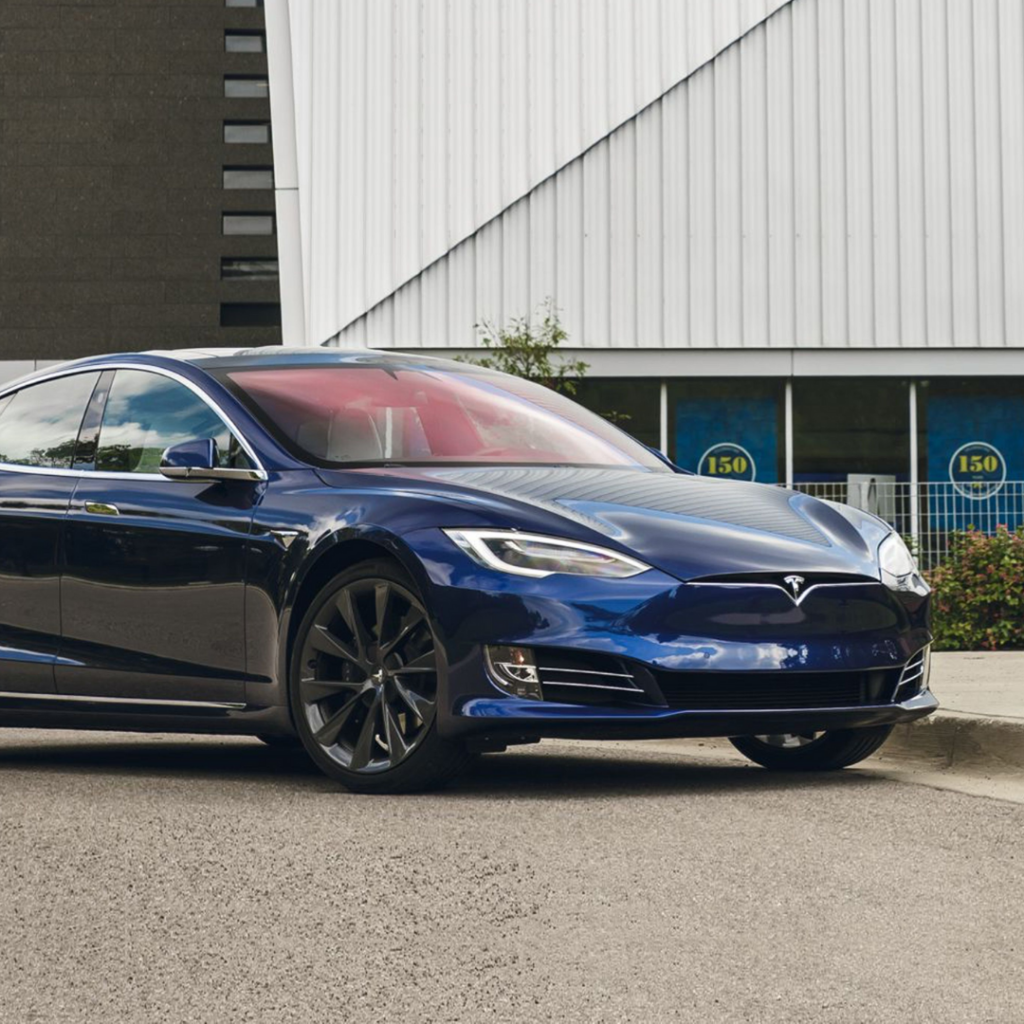 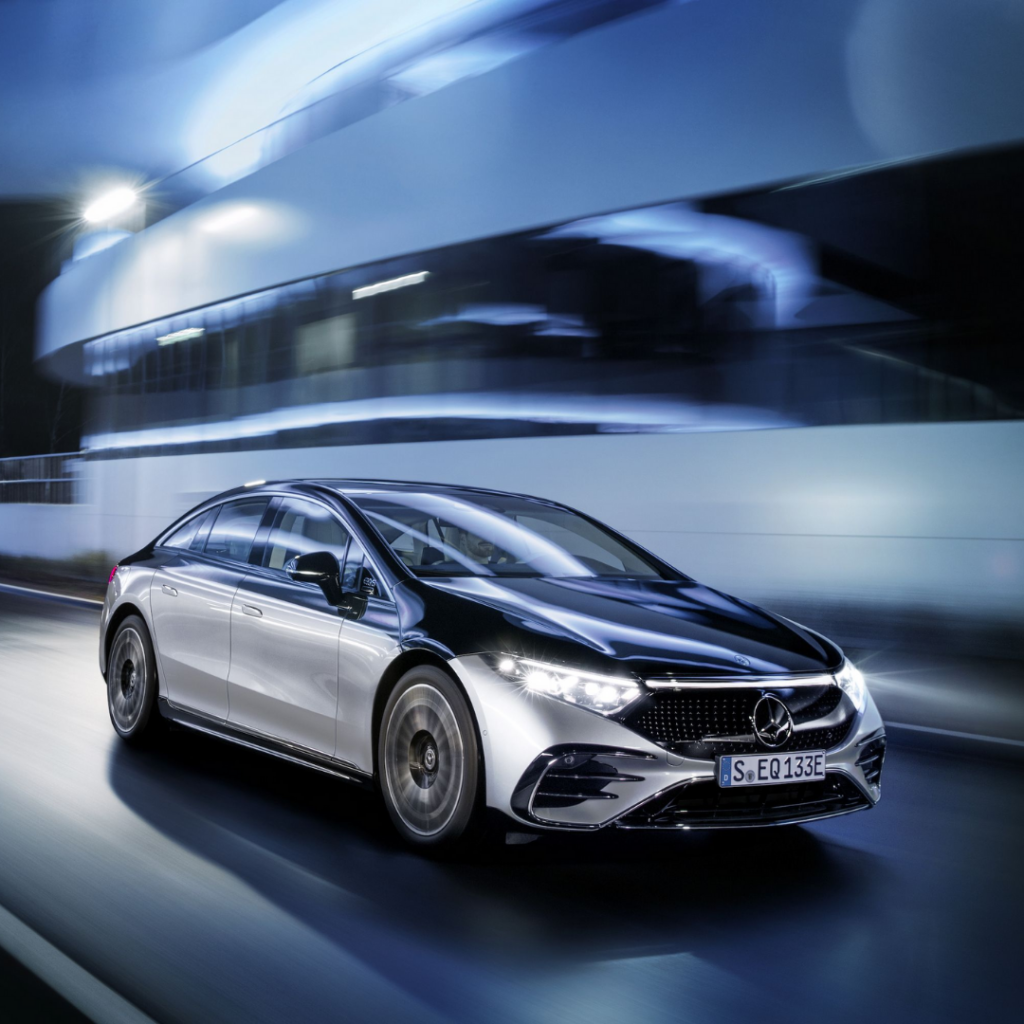 Mercedes have been questionably slow on their development of electric cars, however, this year they’ve come back with a bang. They’ve actually released six different all-electric models, one of which is the EQS. Fitted with a HUGE 108kWh battery, the EQS knocks Tesla off the top spot with a range of 453 miles.

That is pretty close to how many miles you’d get out of the diesel equivalent to a Mercedes EQS. Combine that with it’s brilliant driving experience and gorgeous interior, and you’ve got an EV that makes the Tesla Model S look, well outdated.

Stay up to date with EV News!

Stay up to date with EVision EVs by joining our newsletter here! You’ll be the first to hear about new vehicles and breaking EV news. Plus, advice and tips from our EV experts!