Something that is brought up time and time again as a barrier to adopting electric vehicles (EVs) is the lack of somewhere to charge the car.

Although a majority of people will have a driveway to install a charge point, and charge points will be compulsory for all new homes in England with off-street parking, a large number of people don’t have this luxury due to either being in an apartment building or having on-street parking only.

Although there are already more electric charge points than there are petrol filling stations, a lot of electric charge points are still not completely visible. This has not helped the switch anxiety held by some who are on the brink of change. There are some very bright signs of what has been done already and what is continuing to be done all the time in order to be ready for the 2030 ban on new petrol and diesel cars, and the 2050 net zero deadline for carbon emissions.

The Invisible Charge Point – A Thing of The Past

Not so many years ago you would have needed local knowledge or an app like ZapMap in order to be able to find a charge point for your electric car. However, this has been noticeably changing already in the last year or so. 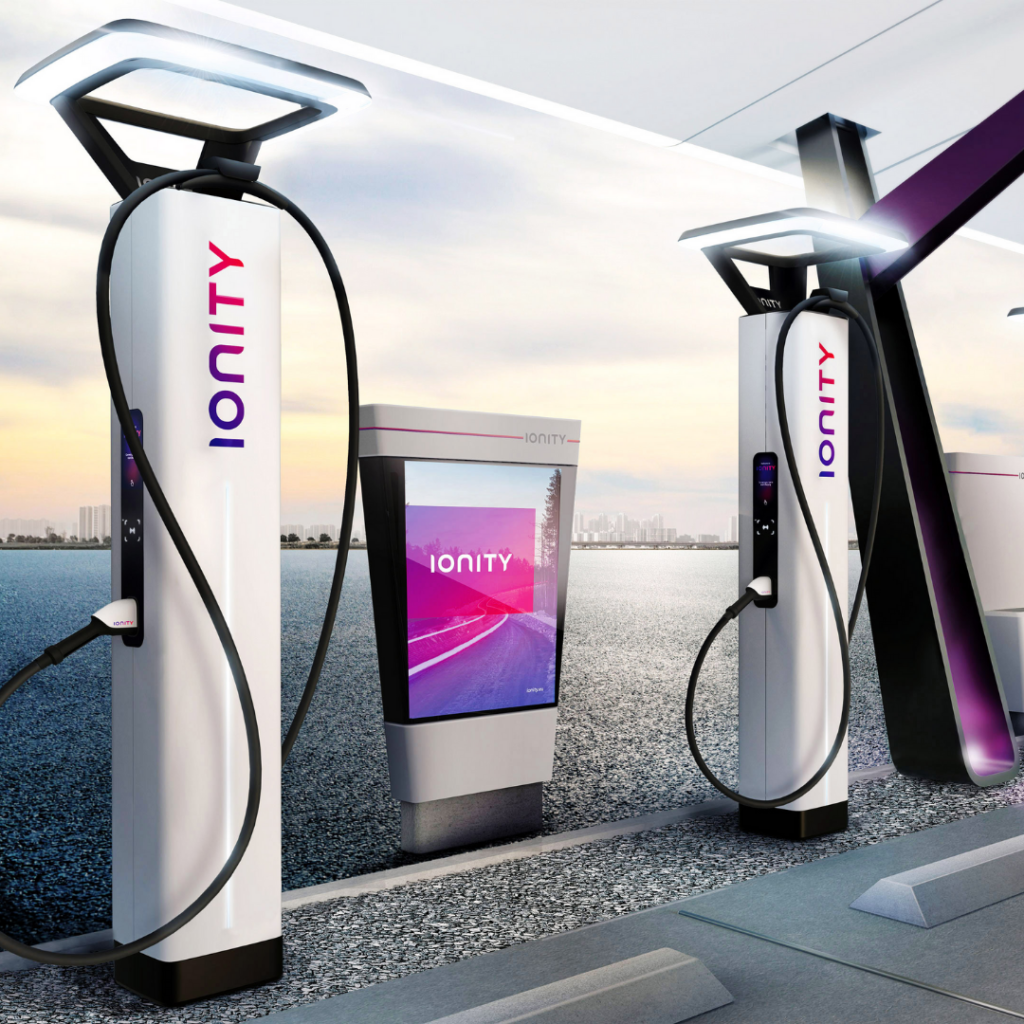 Shops such as Morrisons, ASDA, Sainsburys and Tesco have been installing charge points in their car parks for customers. Sometimes with free charging as well. Charge points can also be seen in restaurant car parks, such as McDonalds (who have some excellent rapid chargers at their branch just around the corner from EVision Electric Vehicles‘ Head Office).

There are also growing networks of different speed chargers at motorway service stations. Cobham, for example, has an impressive collection of charge points, including the super speedy Ionity charging stations.

Having a growing number of businesses installing charge points is an excellent start, but what about residential areas and areas not specifically owned by businesses?

The onus on getting ready for the big switch will clearly fall on the shoulders of the Local Authorities. With a huge £20m being made available by the Office for Zero Emission Vehicles (OZEV) for Local Authority projects to install on-street charging for the 2021-2022 financial year alone, this is a huge investment to get things kicked off.

Local Authorities are in turn working with companies to get the infrastructure set up as quickly as possible. A lot of it will be needed.

The Local Authorities cannot install the charging infrastructure themselves. They require the services of experts in the field who have the knowledge and passion to carry out such a massive public transformation. There are many companies being signed up to assist with the transformation. Here I will look at two of those.

Zest’s mission is very clear. They state that the charging infrastructure so far has been set up to support the early adopters. Now it is time to make EV charging as accessible as possible. They are democratising EV adoption.

Zest are committed to installing charge points initially in places where people park for 30 minutes or longer, such as entertainment and shopping areas, City and Town Centres, workplaces and on street charging. The charging infrastructure is going to be widespread and it’s going to be highly visible everywhere. 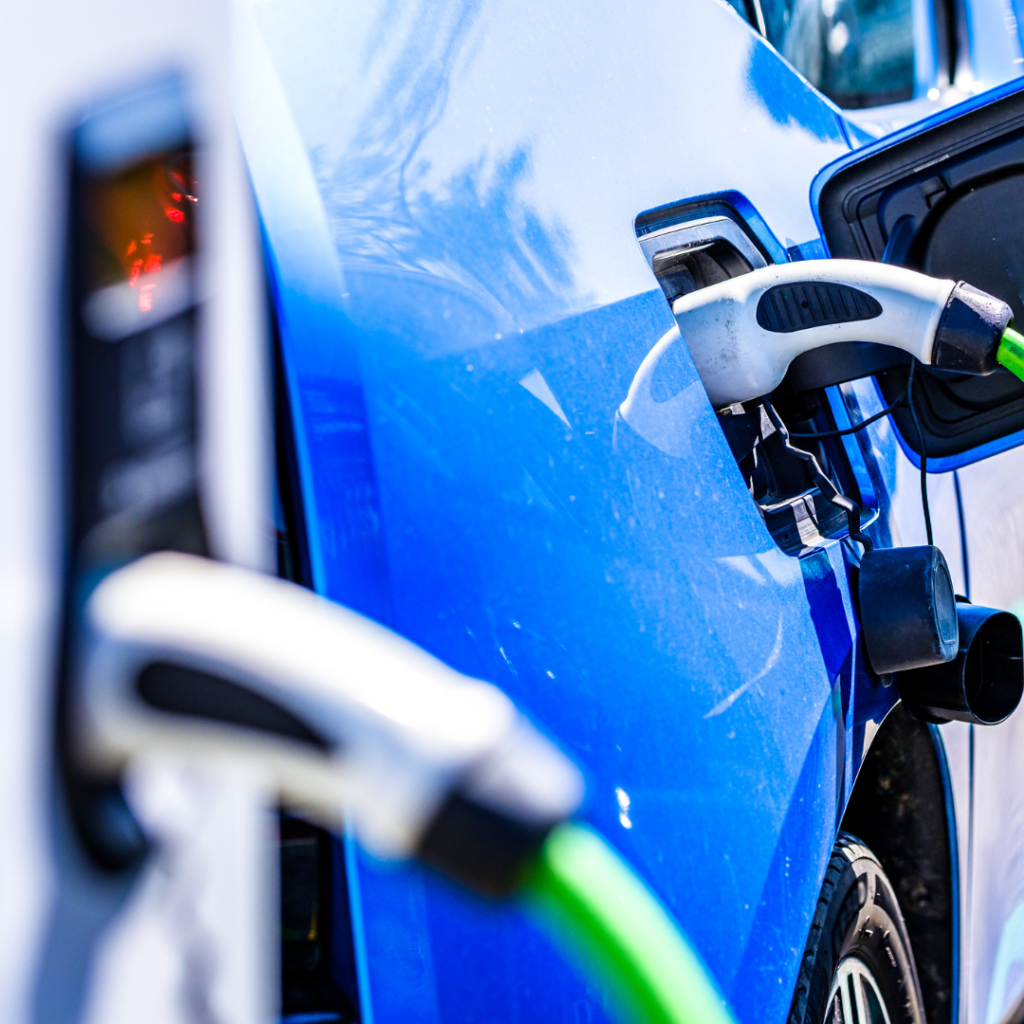 Connected Kerb is a company that we had the pleasure of meeting at the EV event at Rochester castle a few weeks ago. A well established company with a wealth of engineering, automotive and EV experience in their ranks. They also have superstar former rugby player, Martin Offiah, as their brand ambassador to spread the word of the wonders the company is doing.

Connected Kerb is already working with several Local Authorities, including Medway, Kent and Warrington. And as the name suggests, they are experts in installing kerbside charging solutions. The technology used by Connected Kerb means that the infrastructure is future proof and can easily be upgraded with future technology or even have further connected capabilities installed.

Local Authorities in a Win/Win Situation

Although Local Authorities are spending a large sum of money to bring the infrastructure up to date, there are many benefits to them in the long run. Firstly, and most importantly, is the fact they are making great strides towards a clean air environment for the inhabitants of their respective authorities. Greener transport will help lower costs in other areas, such as preservation of streets adversely affected by car pollution, and needing to spend less on healthcare where the causes have been created or exacerbated by the poor air quality.

Secondly, the authorities will be getting a steady stream of revenue from the charge points in public areas. This can then be put back into public services to benefit the local communities.

This is, of course, only telling the story of just two of the amazing companies helping to prepare for 2030. There are also a number of other companies that are being invested in to provide much needed EV services.

Beyond the Local Authorities, there are also a large number of private companies that are building charging stations, similar to the petrol stations we are familiar with, or installing charging locations for businesses to allow for charging at work. The oil giants themselves, such as Shell, BP etc are all investing heavily in charging technology as they know that the end is nigh for the petrol and diesel industry. They have been forced to future-proof and they have the funds to do just that.

As we have said many times already, the year 2030 is the year that petrol and diesel cars no longer become available to buy. Sure, there is another 5 years to go after that until the sale of hybrid cars are banned from sale as well, and it is unlikely we will see the immediate end of fuelling stations and cars on the road just yet. However, it is the start of a very bright and green future.

The biggest challenge is getting the infrastructure ready for the change. It is estimated that around 250,000-300,000 public charge points will be required for the switch date. At present that number sits around the 30,000 mark, so you can see that there is still a long way to go. However, everyone is on the same page now and are steaming ahead with the required construction projects. I don’t think we will be far off the golden figure of 250,000-300,000, even if we don’t reach it straight away.