We’re very excited to announce that professional British tennis star Jodie Burrage has chosen to rent a BMW i3 from EVision! The young athlete is known for her amazing work and dedication to sustainability as well as her tennis skills.

Jodie began playing tennis from a young age and developed a passion for the sport. She quickly became an expert and has competed in multiple tournaments. Even as a teenager, Jodie has proven time and time again her skill. When she was only 15, Jodie beat Marion Bartolli, the reigning Wimbledon champion at the time, in an exhibition tournament held in Liverpool.

Speaking of brilliant female sportspersons, you may have heard of Emma Raducanu! That’s right, Emma is the reigning US Open champion. Not only is Emma Raducanu the youngest champion since Maria Sharapova’s Wimbledon triumph back in 2004. Emma also made history by being the first female ever to win a title in only two Grand Slam tournaments in the Open era!

But Emma Raducanu isn’t the only female making history! Despite a battle with a succession of injuries, our very own Jodie Burrage has already beaten some big names in her relatively short career – including new global sensation, Emma Raducanu.

Jodie has beaten Emma, not once, but twice! With her last victory against Raducanu back in the 2020 Battle of Brits Tournament, Jodie can boast of doing something no-one in the US Open could (including in the three qualifying matches).

As well as tennis, another one of Jodie’s passions is sustainability. Previously, Jodie has worked with both Komodo Fashion and Midstream Lighting, promoting a greener approach to sport. On the right, you’ll see Jodie in her all-electric BMW i3.

Jodie commented, “As a tennis player I am required to travel a lot, there is no working around that, and it does make me think about my impact on the environment. Where I can I try to make small changes to do my bit for the environment and it’s great to have the support of brands like Komodo who are creating cool, sustainable fashion wear in ethical ways and supporting me on my journey. The electric car that they are supporting me with is perfect for nipping around London and it is made all the more convenient by having charging stations at the National Tennis Centre.”

We’re delighted that Jodie is using her platform to share the importance of electric vehicles. Not only are they environmentally friendly as they don’t produce any tailpipe emissions, but as Jodie shows so effortlessly, they’re just as convenient as conventional vehicles! 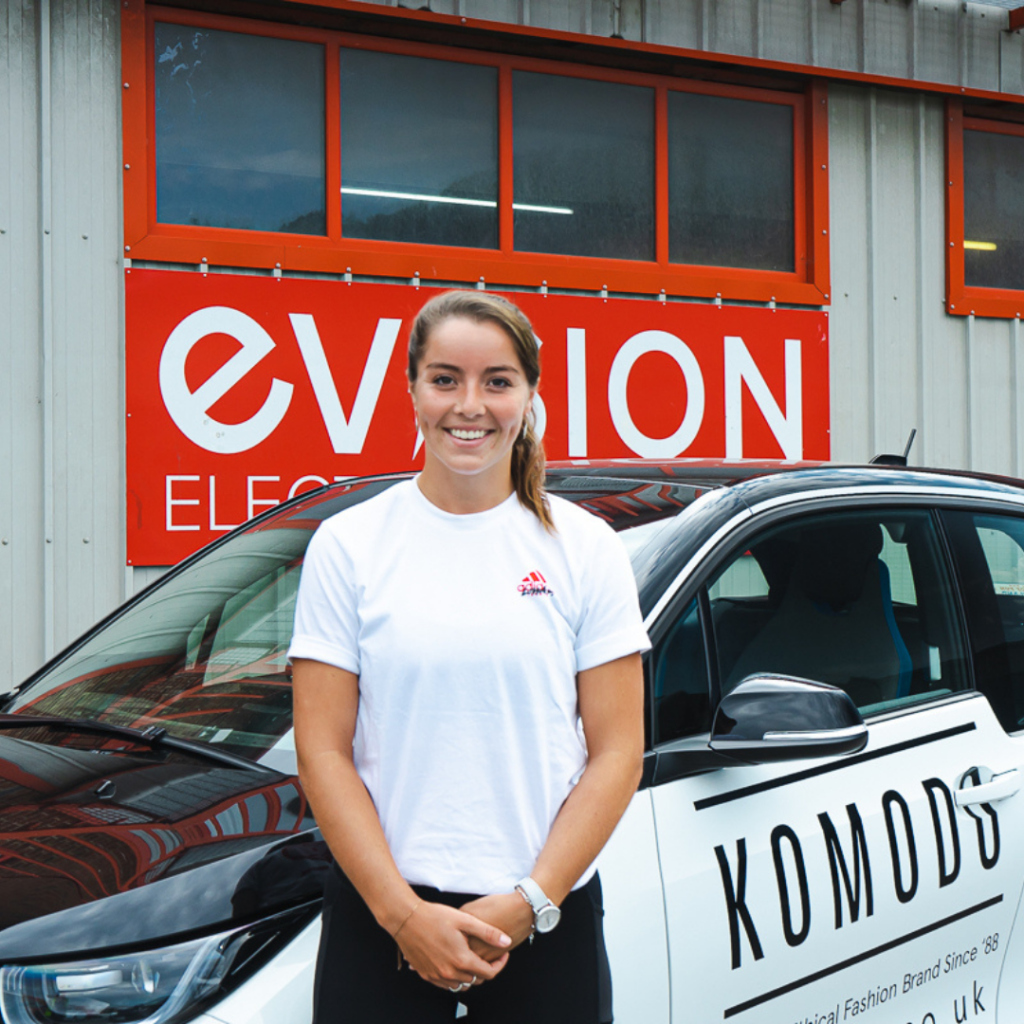 About the BMW i3

Initially launched back in 2013, BMW’s i3 is one of the most popular, and recognisable, electric vehicles in the world. While it’s known for its fun design, the i3 is also very convenient for those living in big cities or towns. Let’s have a closer look at BMW’s fan favourite! 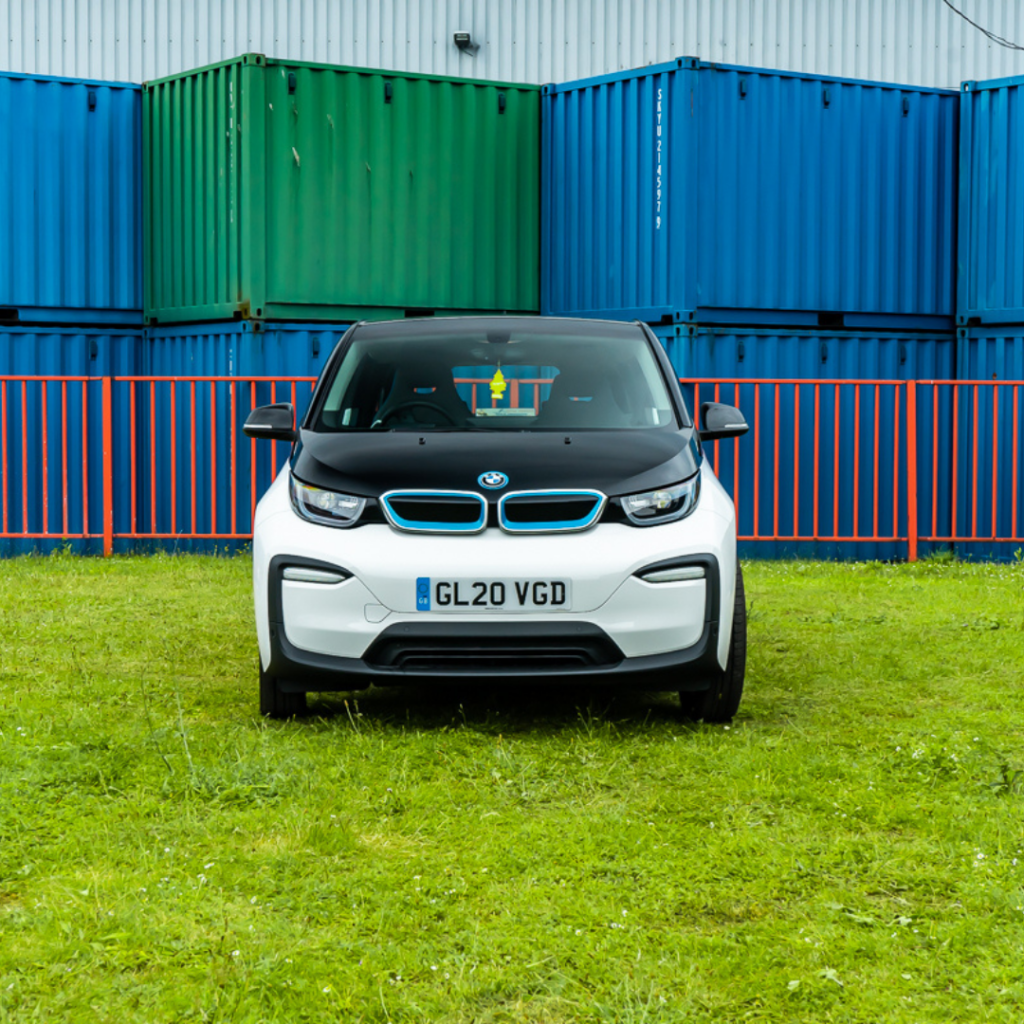 With a maximum range of 190 miles (depending on the model), BMW has worked hard to invent an electric car that’s sustainable, refreshing and efficient. Considering recent statistics which state that UK drivers only travel 8.4 miles per day on average, the i3 has more than enough capacity. Plus, the increased range on new BMW i3s means that pretty much all journeys are doable without needing to top up the battery.

When you do need to top up your BMW i3, thankfully they charge super quickly! Let’s use the BMW i3 120AH as an example. When using a standard three-pin plug and regular domestic socket, it can take up to 20 hours to fully charge the i3. (Let’s add in here that it’s not recommended to use this method of charging long term on any electric vehicle).

However, if we start using a 7kW charger this significantly drops to just over 4 hours. As a note, most conventional wallboxes will come with a 7kW charge capacity. This means if you choose to have a charger installed at your home then you’ll be able to charge your i3 much quicker.

If you need to charge your BMW i3 white out and about, you’ll typically be able to find either 7kW or 50kW outlets. These are known as fast (7kW) and rapid (50kW) charge points. When using a 50kW charger the BMW i3 120AH model will charge up to 80% in just one hour! That’s perfect for anyone who needs to top up while, for example, doing the weekly shop or going to the gym.

Electric vehicles are known for their modern technology, however the BMW i3 really outdoes itself here. The BMW i3 may be small in size but it is big in electric vehicle tech. All i3’s are equipped with BMW’s innovative iDrive system which allows drivers to connect to the car instantly.

Once connected, drivers can manage most entertainment from their phones. However, the i3 goes a step further – of course! If you’re unable to access your phone but need to access the iDrive system you can now use the voice activated system just by telling the car what you need.

This is particularly useful if you need to create a new route on the integrated navigation system! (Or if you’re like me, you need to change the song every 30 seconds!) As well as fun tech, there’s also some really important safety features, including a rear-view camera and proximity sensors. 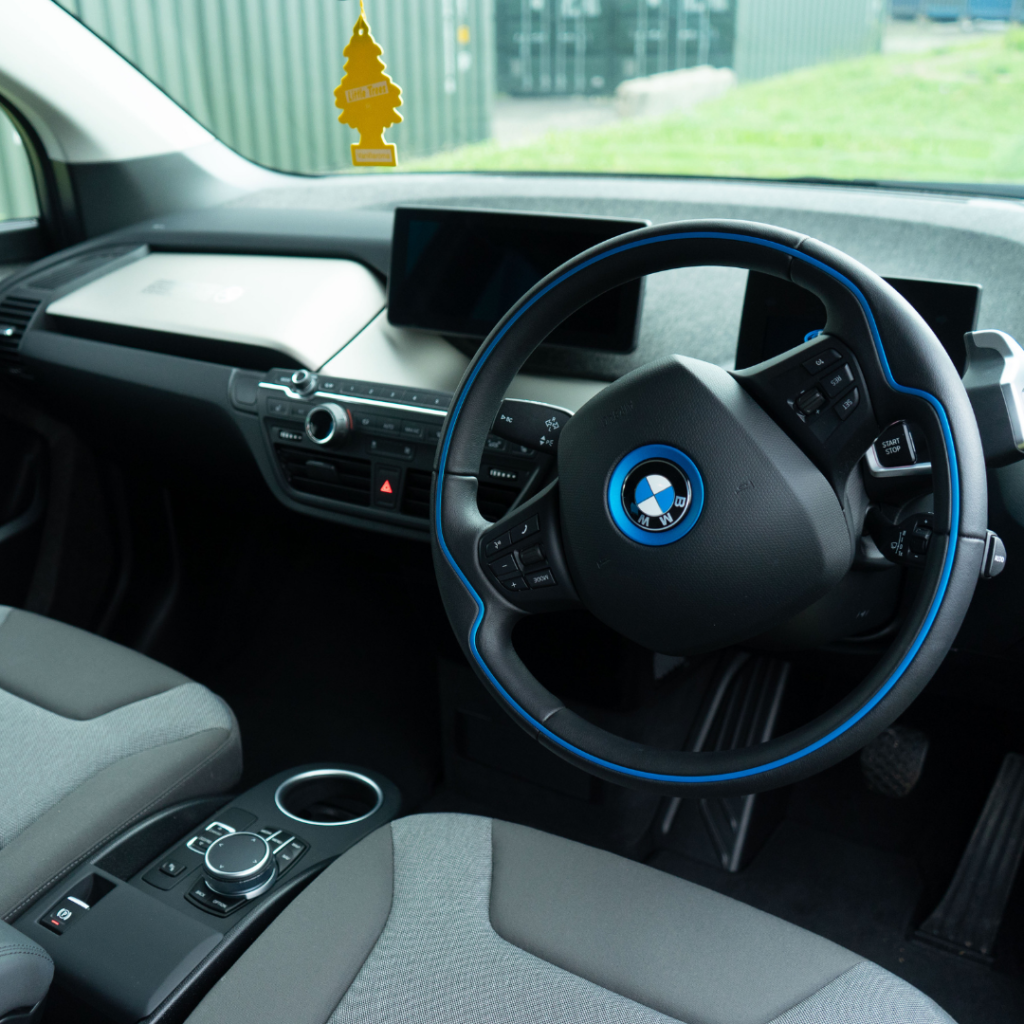 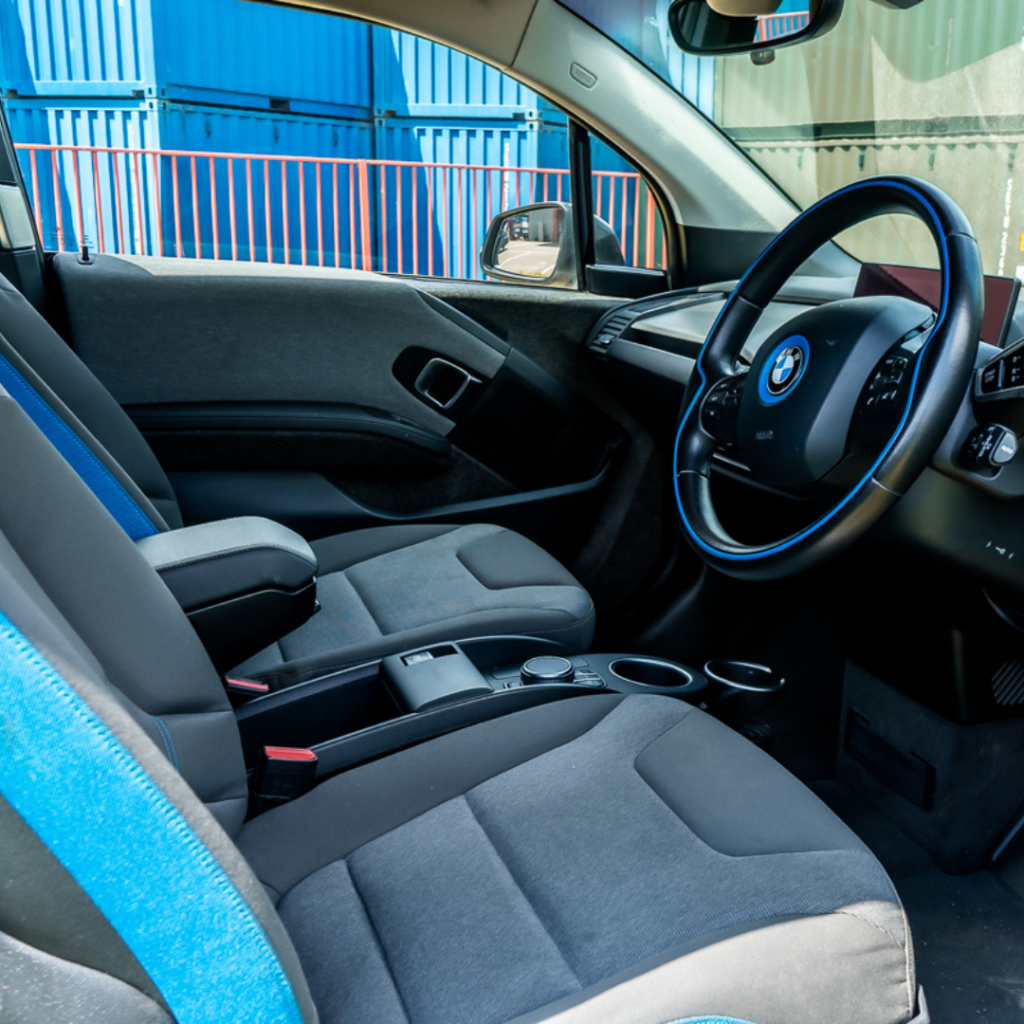 The i3 has the exterior dimensions of a compact city car, making it perfect for darting through traffic and shape-shifting into tiny parking spaces. The interior is also beautifully crafted with recycled materials and the cabin has a minimal, open and airy appeal.

In addition to it’s convenient size, the BMW i3 has the utility of a typical small hatchback, but with a twist. The rear passenger doors are hinged at the back, instead of at the front. This means they open in the opposite direction to the fruit side doors. There is also no pillar separating either set of doors, which creates plenty of space to get children or big shopping loads on the rear seats.

Rent a BMW i3 today!

Join Jodie in her commitment to challenge the environmental damage caused by conventional vehicles and rent a BMW i3! Here at EVision, you can choose to rent a BMW i3 94AH, 120AH or the i3 Black from only £13.81 per day!

Feel free to contact our team of friendly EV experts if you need any further information, advice or support. You can give them a call on 01634 914 063, drop them an email at mail@evisionevs.co.uk or take a look at all of our available electric vehicles here.