The UK’s first gigafactory has been granted planning permission in Northumberland this week. This comes after the government’s carbon-neutral commitment, which will see a surge in electric vehicles.

Northumberland City Council has approved the plans for the EV battery production site created by Britishvolt, with the aim of it being operational by 2023. The factory will be built on the former Blyth Power Station coal stocking yard, which closed in 2001.

This comes shortly after Nissan and Vauxhall both announced their own commitments to electric vehicles. Nissan’s newest project plans to build their own gigafactory in Sunderland. Whereas, Vauxhall’s Ellesmere Port car factory is to be converted into an electric van plant.

Britishvolt’s project is predicted to create over 5,000 jobs to the area. Although the factory is not due to be complete until 2026, this is a huge step in the right direction. Once fully complete, the factory will be able to produce approximately 300,000 electric vehicle battery packs per year.

The Confederation of British Industry (CBI) stated that in order for the UK to meet it’s green targets, the government needs to secure the funding of seven gigafactories. We hope to see many more developments like this within the EV industry.

AN INTRODUCTION TO ELECTRIC VEHICLES

With the UK government’s  commitment to slash our carbon footprint by 2030, you might be wondering how electric vehicles help. Electric vehicles are fast, fun to drive and require little maintenance.

For instance, they produce no tailpipe emissions which are a major contributor to climate change. In towns and cities the main source of poor air quality is road transport. While air quality has improved over recent decades, there is still a huge way to go.

In addition, pollutants, such as nitrogen oxide, are emitted into the atmosphere while petrol or diesel vehicles are running. These add to global warming and have a harmful long-term effect on the environment.

All gas-powered vehicles produce pollutants, however diesel vehicles produce higher levels of emissions. When you drive an EV the level of fumes released into the atmosphere is instantly cut. Electric vehicles will play a major role in the UK’s pledge to reduce carbon emissions to zero.

WHY SHOULD I SWITCH TO ELECTRIC VEHICLES?

It’s clear the future of motoring is electric. Whether you’re in need of a fun and fierce electric vehicle or something more practical, there’s no better time to make the switch to an EV.

One of the biggest advantages of electric vehicles is that they’re extremely cheap to run when compared with their petrol and diesel counterparts. According to EDF, on average it costs only £1.30 to drive 100 miles in an electric car. However, to drive the same distance in a petrol alternative would cost £11.05. That’s a huge saving!

Right now, electric vehicle drivers can benefit from government grants which slash the cost of buying an EV. The UK government’s Plug-in Car grant provides buyers with up to £2,500 off the price of an electric vehicle.

In addition to this, grants of up to £350 are available towards the cost of installing a home charging point. The government’s Workplace Charging Scheme also provides businesses with financial support towards installing workplace EV charging stations.

How can you benefit from EVs?

Not quite ready to make the switch? Why not try before you buy and hire an EV today with EVision?

We have four locations across the UK in Kent, Devon, Durham and Yorkshire where we can provide electric vehicles. Our ever-growing fleet includes impressive, high-end brands such as Tesla, Jaguar and Porsche.

BMW is stepping up to the challenge of climate change by becoming the first manufacturer in the world to develop sustainable tyres. These tyres will be exclusively sourced from Pirelli to be fitted on the new BMW X5 xDrive45e plug-in hybrid from August this year.

This pioneering achievement is the first step in the journey to counteract climate change within the automotive industry. Since BMW released their first all-electric model, the i3, it has played a major role in making electric vehicles mainstream.

Above all, the i3 has one of the lowest carbon footprints over its lifetime. It is often named the most sustainable car on the market! We currently have three different model types of i3s available for hire; the 94ah, 120ah and the BMW i3 Black.

You can hire the BMW i3 from EVision for just £30 + VAT a day, with no long term leasing contract and ongoing support and maintenance from our EV experts. You can book online here, or give us a call on 01634 914 063 for more information. 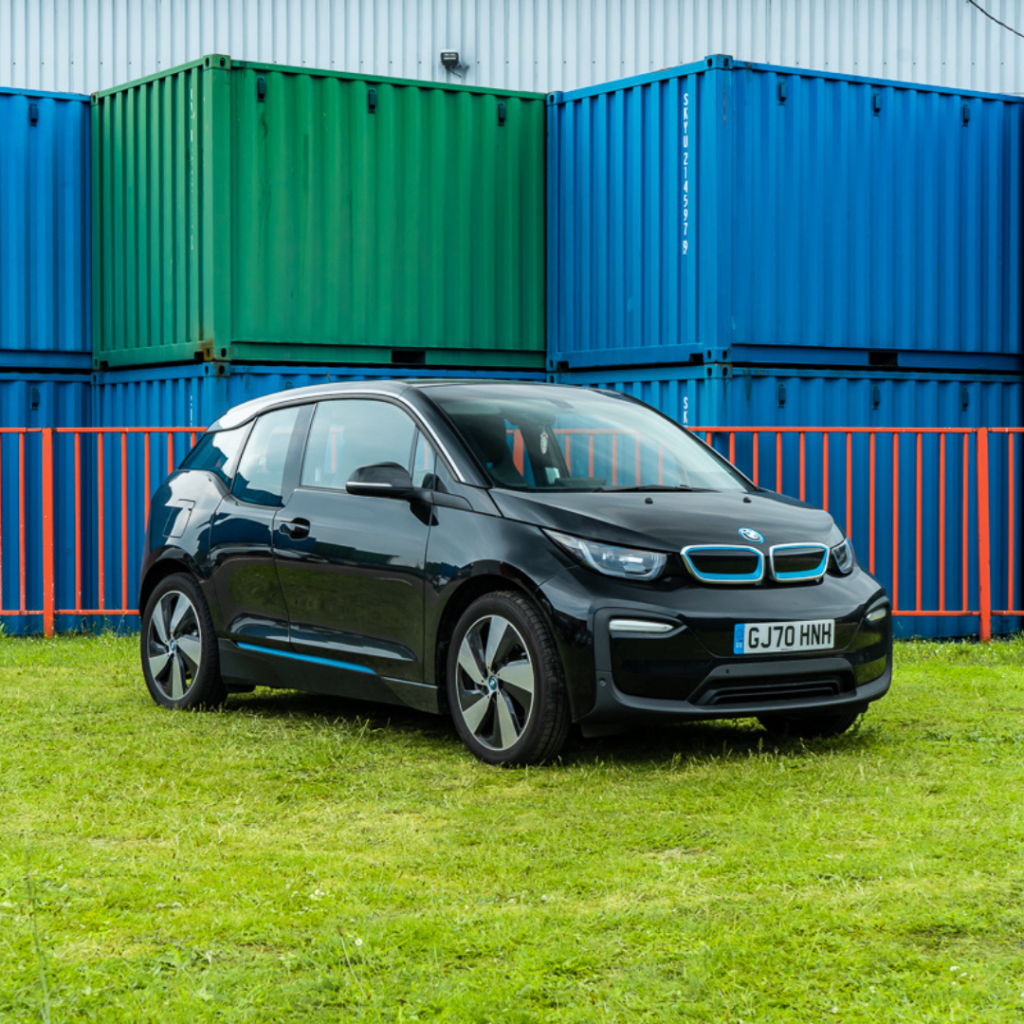 When you think of electric, you probably think of Tesla. The brand has been leading the EV industry since it started. They are dedicated to creating zero-emission, environmentally-friendly electric vehicles like the Model S. 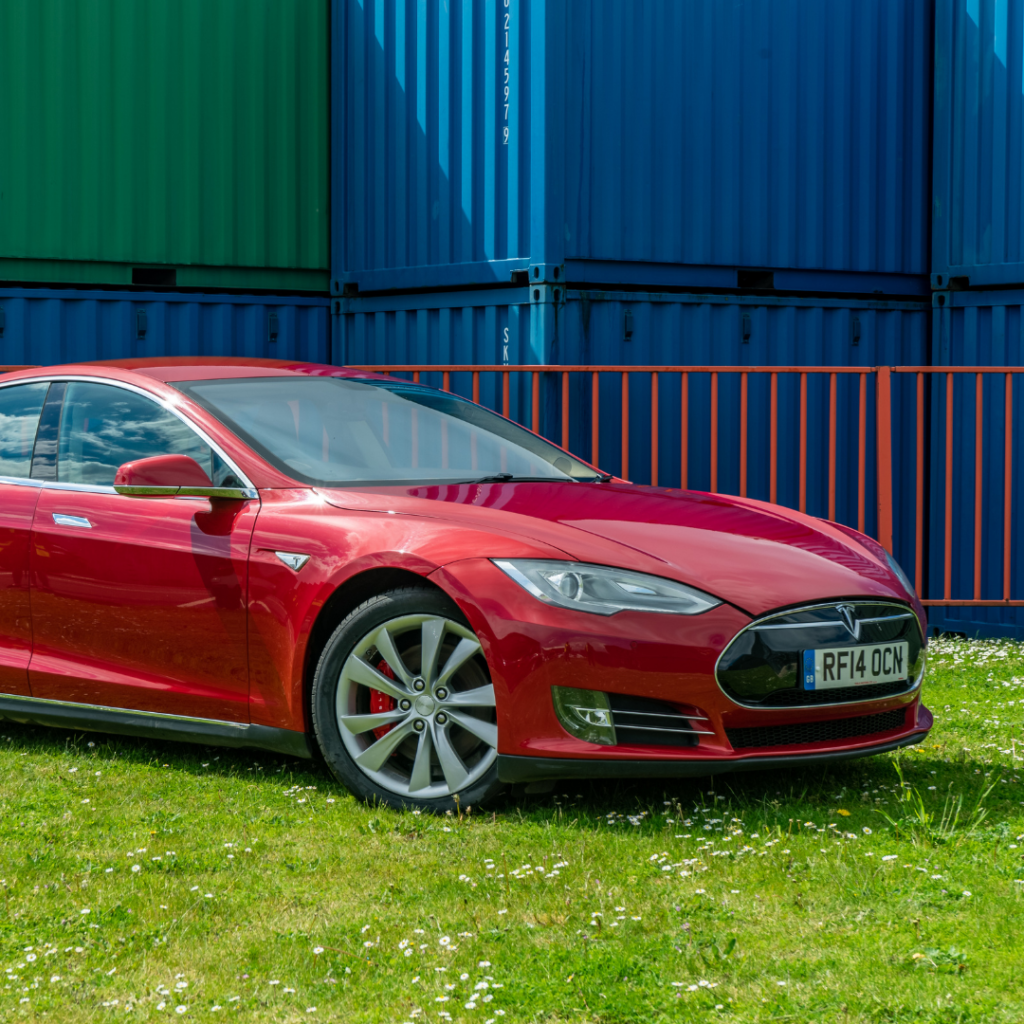 The Model S also lives up to its name, giving drivers over 200 miles between charges depending on model. It’s fitted with automatic driving modes and an infotainment touchscreen. The infotainment system does all the usual things offered to drivers.

But, of course, it goes above and beyond. You can even stream Netflix to keep the kids entertained! The system also provides you with a variety of games to keep everyone busy.

Fancy taking the Model S for a spin? You can hire from EVision for just £35.61 + VAT per day! We also have a huge range of different Tesla models available for hire on our website, here.

The Corsa has been one of the UK’s best selling cars for a generation and now there’s an all-electric version! With a range of 185 miles, we are sure that the Corsa-e is bound to have the same success as its fuel-powered alternative.

You can hire the Vauxhall Corsa-e for only £50 + VAT per day on our website, here. Looking for something else? You can drop our EV experts an email on mail@evisionevs.co.uk for more support or information.

LOOKING FOR AN ELECTRIC VAN?

Our fleet of Vauxhall vans has grown again! The Vivaro-e is perfect for any commercial business. You can choose between our standard or double panel vans which are fitted with either three or six seats. They also allow for drivers to transport up to one ton worth of materials, plus unloading on both sides.

This all-electric van is one of the best EVs on the market and it has the largest range of any electric van! We’ve opted for the larger 75kWh battery which should give drivers roughly 200 miles of motoring.

What are you waiting for? Hire the Vauxhall Vivaro-e from EVision for just £60 + VAT a day on our website today! 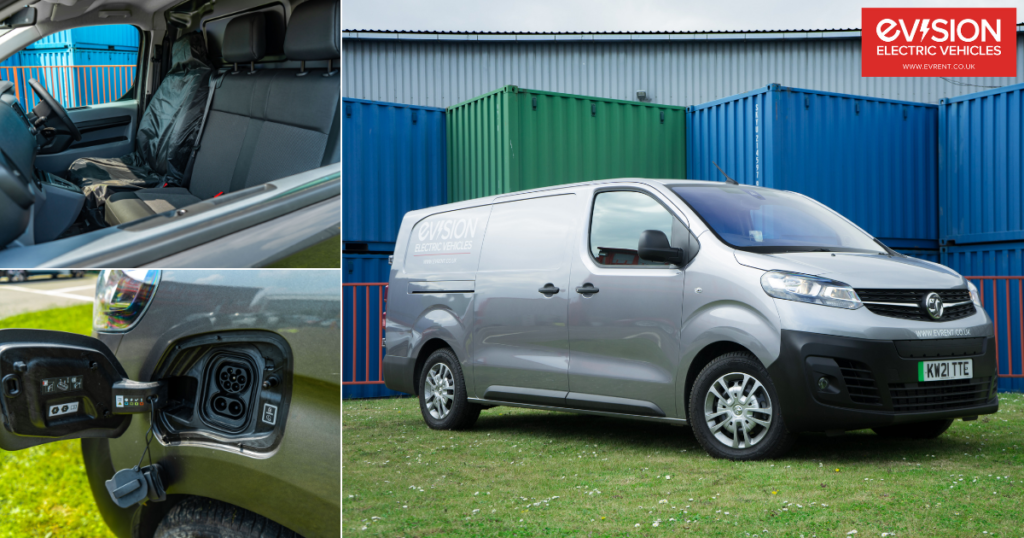 Renault are also committed to creating eco-friendly vehicles of the future. They recently announced plans to launch a whopping 10 new electric vehicles by 2025. Their aim is that electric vehicles will account for up to 90% of their models by 2030.

Range anxiety isn’t only limited to the electric car market, the fear that you’ll run out of juice before reaching your destination is a serious worry for electric van drivers too.With the latest Renault Kangoo, you can drive up to 120 miles before needing to plug in, which is a whopping 70 miles further than previous models.

Another ideal choice for those looking to make a sustainable switch for their business! You can lease the Renault Kangoo today from £45 + VAT per day here. 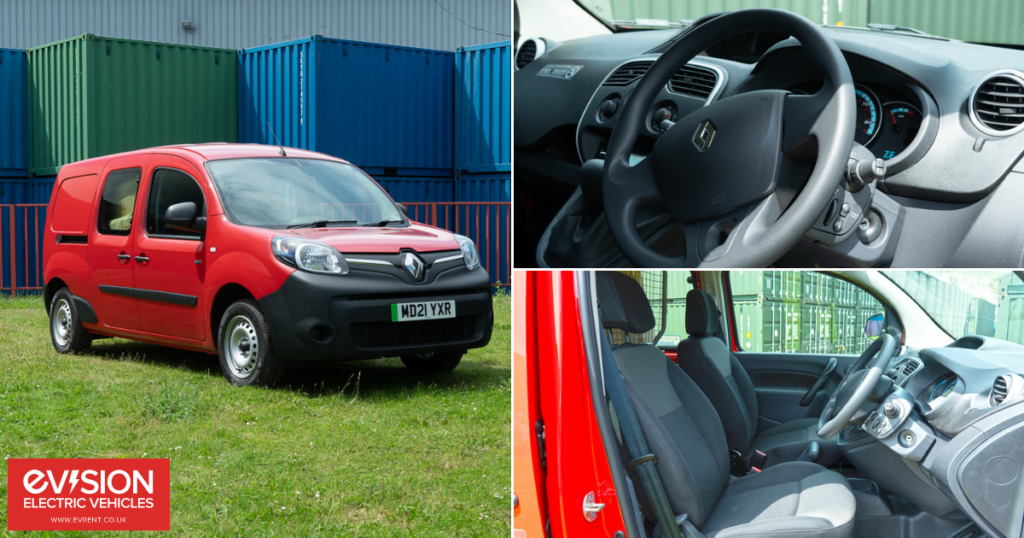 STAY UP TO DATE WITH EV NEWS!

By joining our newsletter you will be the first to hear the latest EV news and updates.