Since BMW launched their first all-electric model, the i3, in 2013 they’ve continued to expand their electric models. Known for its quirky looks, the i3 has sold over 200,000 models globalling, making it one of the best selling electric cars to date. If you’re looking to hire a BMW i3, to find out why we rate it so highly, then you’ve come to the right place. However, the spotlight today is on the latest addition to BMW.

Building on their foundations, the BMW iX is described as the most advanced BMW electric model yet. Fitted with a 105.2kWh battery and a range of over 370 there’s no denying the iX sounds exciting!

The iX is a similar size to today’s BMW X5, but it offers a lot more. Providing drivers with Level 3 Autonomy meaning the vehicle will be able to steer, accelerate and brake for itself in certain situations – including at speeds of up to 80mph.

Inside the iX somehow remains clean, clear and uncluttered while being jam-packed with modern technology. We can’t wait for the iX to launch later this year, but for now lets run through it’s top five features!

Once launched, the iX will be sporting BMW’s Aerodynamic Wheels. Aero wheels are both stylish yet functional. This is the first time the BMW brand is using cast aluminum wheels with inserts consisting of a plastic carrier and an aluminum visible surface.

These wheels are lighter than previous ones. They also reduce the aerodynamic drag by roughly 5% in comparison to a conventionally powered BMW X3. Plus, the new wheel base is made using less material than previous BMW models. This enhances both driving dynamics and efficiency.

The BMW iX has been designed with the latest technology. The iDrive 8 has an upgraded screen, improved graphics and new features. Making the interior of the iX crisp, futuristic and easy on the eyes. More importantly, BMW has improved the functionality of the iDrive by revamping how the UI works, making it more intuitive.

It has been designed with a focus on a dialogue-based interaction and uses natural language and on-touch operation. BMW has expanded the capabilities of their Intelligent Personal Assistant, which now uses new graphics to communicate with the vehicle’s occupants.

All BMW iX models will be fitted with a single-piece transparent glass roof which spans the entire interior. This is the largest glass roof fitted in any BMW model.

The roof contains Polymer Dispersed Liquid Crystal (PDCL) technology which provides shading for the interior. It takes less than a second for the crystals to distribute themselves in a disorderly pattern that creates the effect of shade. This can be activated and deactivated using a button in the roof function centre. It is automatically activated when the BMW iX is parked.

BMW has designed the iX to be fun even when you’re not driving! Using Ultra Wide Band Radio technology, the iX can sense when the driver is approaching.

When the driver is within 3 metres of the vehicle it welcomes you by performing a so-called ‘light dance’. The vehicle also unlocks which creates a light carpet next to the door for you to enter. While that is happening, the iDrive system is setting up and the cars seats are heating up if the weather is cold!

This feature will be available at the end of 2021. It was recently announced that the BMW Group have been working closely with Apple to develop the Digital Key Release 3.0 specification for UWB.

This feature works in conjunction with the overhead interior camera. This is triggered when the alarm system goes off. At this point, the iX’s owner is then notified on their smartphone. Drivers are then able to save the images taken from the cameras internally, on the front and rear of the car on it’s external mirrors.

While this was designed as a safety feature, the interior overhead camera can be used in a fun way as well! Photos can be taken while on the road by voice command, gesture or touch control. This means you can take photos throughout your road trip! The camera even has a self time option which has a 3 second delay to make sure everyone is in the shot!

The camera operates in HDR mode and features a night mode, which generates sharp black and white images. This means the camera produces high-quality images throughout the night or in low light conditions. Perfect for those fun driving selfies – or just ensuring the safety of your EV.

Pictures can be shared by scanning a QR code in the control display with any smartphone connected to the car via WiFi.

We can’t wait for the release of the BMW iX later this year. It’s certainly going to be a popular EV! 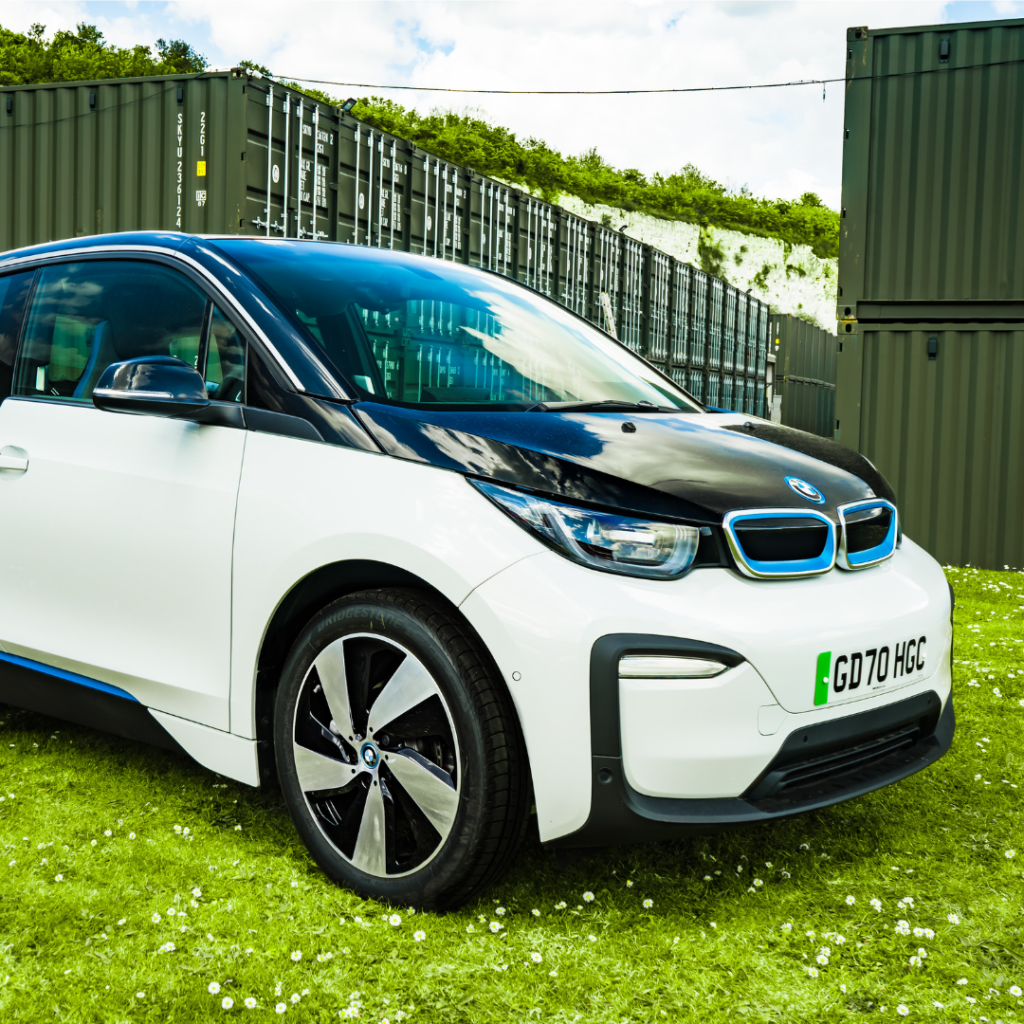 Until then why not try out its predecessor, and hire a BMW i3?

We have an ever-growing fleet of BMW’s most popular electric model, the i3. You can hire a BMW i3 from just £11.51 + VAT per day, based on a 3 year hire. Alternatively, you can view our full range here.

Not wanting to hire a BMW i3? Perhaps you’re looking to take the next step, and buy a BMW i3 instead. Our sister company EV Sales are lucky enough to have a couple of models for sale right now!

All of their vehicles come with: