More manufacturers are growing to the idea of producing pure electric vehicles. With more options on the market, we want to take a closer look at one brand in particular. BMW, one of the original electric car manufacturers on the market. We take a look at the classic BMW i3 plus the future of the German brand, and upcoming electric cars.

BMW (Bayerische Motoren Werke) was founded in 1917. Since then the company has produced luxury and sporty cars for their customers. With production companies in 15 different countries, a total of 2,500,000 cars have been made and delivered to date. BMW has consistently stuck to their aim of providing premium products for today and for the future, which can clearly be seen in every vehicle they produce.

It wasn’t until 2013, when the only pure electric vehicle currently on the market from the German manufacturer made its arrival. Customers instantly took to the quirky and futuristic design of the sleek hatchback.

As time went on, and with the help of product innovation, we have seen some fabulous electric entries from BMW. Improving the original design of the BMW i3, the manufacturers then released the BMW i8 in 2014, and the BMW i3 Range Extender (REX) in 2017, both of which are hybrid vehicles.

The next milestone for BMW was the production of the latest model of the BMW i3 in 2019, the 120Ah version.

THE ORIGINAL BMW i3

The body of the i3 is made up entirely of plastic apart from the roof which is made using recycled CFRP (Carbon Fibre Reinforced Polymer). The choice to do this was made early on in production. This will make the car lighter and maximise the range, to compete with existing electric cars.

The futuristic interior is even more impressive than the exterior. The BMW i3 was designed for the technology savvy individuals. Packed full of technology at the touch of a button, no driver will struggle to get to grip with the user-friendly design.

The performance of the BMW i3 is impressive with three different driving modes, it has one for every occasion; comfort, ecopro and ecopro+. This particular EV is great for motorway trips due to the nippiness of the acceleration, as well as city driving if you need to commute to work.

BMW was one of the first brands to step foot into the EV market with their innovative i3 design. BMW have proven to be a hit with EV enthusiasts and even the converts. What could be next for them?

WHAT CARS CAN WE EXPECT TO SEE FROM BMW IN THE FUTURE?

BMW have already announced that they will aim to have at least 25 electric cars on the road by 2023, and over half of these will be fully electric. Their vision to reduce their overall emissions as a company, has been put in place to conform with emission regulations that were originally outlined in 2018. So, which electric cars can we expect to see in the coming years?

The i4 is part of a bold movement within BMW to transition to an all electric line up. The BMW i4 will be the first pure electric coupe car of the bunch, behind the original i3.

We can expect to see a mix of the BMW i3 and the hybrid i8, which will make up the exterior of the i4. Along with a comfortable and stylish interior, and the best in-cabin technology, it will be an electric car that is definitely going to be a hit with EV and BMW enthusiasts. Would you take it for a spin?

The BMW iNEXT is fully electric, fully connected and will offer highly autonomous driving. It has been labelled as a “fashionable furnished living space on wheels” due to its design. With an open plan cabin, copious amounts of space and a more relaxed style of back seating, we can certainly see why!

The BMW iNEXT has definitely brought a new meaning to futuristic, but will it be too much for the market? Of course not! This will be a car of the future, and we estimate that it will go down very, very well when it is eventually released in 2021. 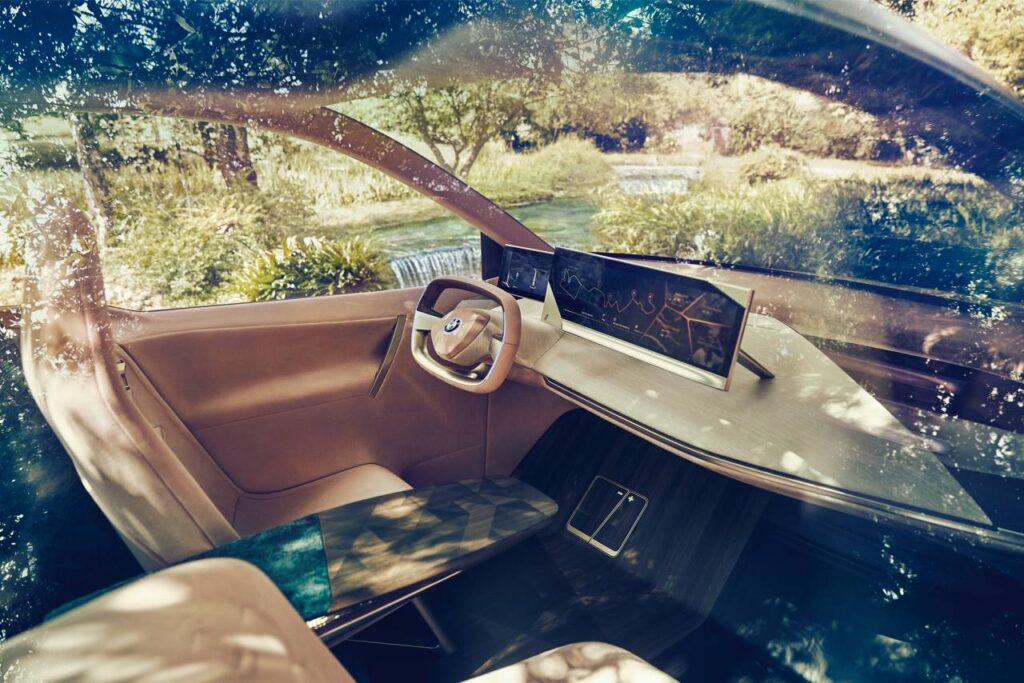 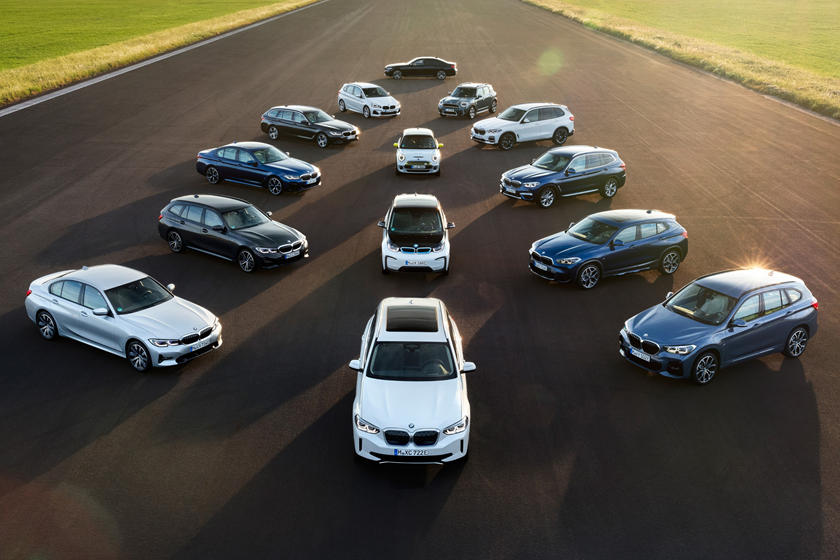 HIRE A BMW i3 FROM EVISION ELECTRIC VEHICLE HIRE

The BMW i3 has been designed from top to bottom with sustainability, exceptional looks and outstanding handling in mind. Sound like your sort of vehicle? Hire the BMW i3 from EVision Electric Vehicle Hire from as little as £11.51 + VAT a day, when you take out a long term lease.

When you choose to hire any of our electric cars from EVision you will also benefit from the following perks:

If you’re keen to cut your costs and emissions, view all of our electric cars available today. Book via our website or give us a call on 01634 914063 to book your hire.