If you’re thinking of switching to an electric car, you’re not alone. Although internal combustion engines (ICE) still make up the majority of the market, electric vehicles have been growing in sales and availability over the past year.

There’s a lot to consider, but it’s not as much of a challenge as you might think.

Let’s start here. Just because an electric car doesn’t have an engine, doesn’t mean it’s weird. In fact, if you’ve enjoyed driving in the past, there’s no reason why you won’t enjoy driving an electric car. They aren’t weird to drive in any way.

They’re quite the opposite in fact. Electric cars are actually very nice to drive. More often than not we receive feedback saying that they offer a smoother drive than any petrol or diesel car. 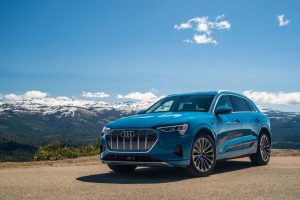 Some are futuristic in their approach, but some are entirely conventional. Slip into the Audi e-tron and there’s very little difference to the combustion version in terms of quality, features, or spec.

Other electric cars are futuristic, like the Tesla Model X. Even so there’s now a wide range of electric cars to suit all drivers and their needs. All electric cars drive like any other automatic – but with a lot less noise.

Isn’t range a huge problem for an electric car?

Perceived range is the most commonly cited ‘drawback’ of electric cars. There’s no avoiding that even the most basic petrol car will have a greater range than most EVs. When it comes to range, however, you shouldn’t let that hold you back.

Think about the last 6 months of usage of your car. How many times did you make journeys over 200 miles in a day? Unless you’re doing a lot of motorway miles, your daily or even weekly driving is well within the range of the average EV.

That’s one of the most important things to figure out: how much range do you need for your regular driving? Instead of how much range would you need to cover that one trip you make each year to go on holiday.

There’s no avoiding that driving for 4 hours, stopping to refill for 5 minutes and repeating the process can’t be matched in an electric car. However most service stations now have rapid chargers, that can charge an EV from 0-80% in 30 minutes. Thinking logically, driving an electric car for a long journey and stopping to recharge every 4 or so hours is providing you with a suitable and safe resting time before setting off again.

For those wanting longer range and faster charging, then Tesla is probably the answer. That being the case is why the Tesla Model 3 is proven very popular at EVision. The performance is impressive and the low price per day is even more impressive.

It’s all about charging

So to the crux: charging is to an electric car as refuelling is to a combustion car. For a lot of EV drivers, charging is done at home. All electric cars will charge off a standard 3-pin wall plug, but depending on the size of the battery, that might take an awfully long time. Smaller cars, like the Renault ZOE or BMW i3, will charge overnight from a standard socket.

The most common solution to home charging is to have a wallbox installed. This might cost you around £500 depending on what you choose. However, with any long term rental of 12 months or more, EVision will arrange and pay for the installation of a charging point.

Yes, there’s an initial delay to have a wallbox fitted, but you’ll then be able to charge from your drive, without having to go anywhere. It happens overnight, and the costs are minimal compared to conventional petrol or diesel. That might mean you’re spending pounds to recharge your car, rather than ten times that amount at a petrol station.

The best thing is that once you have a wallbox you can keep it and it will work with any electric car. Therefore if friends come for the weekend, they can charge up too. It also means that you’re often leaving home with a full charge, rather than a half-empty tank.

If you can’t charge at home because you don’t have anywhere off the road to park the car, then public charging is the way to go. Again, this isn’t a barrier to electric car ownership, it’s just something to be considered. 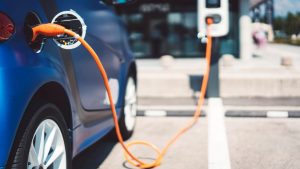 Yes, if you park on the street and can’t charge at home, then you have to think a little more carefully about when and how you’ll charge your car. Some locations are investing in on-street charging solutions, although these are rather rare right now. If you drive to work then an increasing number of employers are installing electric charging points – and that might solve your problem.

Alternatively, there are lots of public charging options. You might find supermarkets offering free charging and are useful if you’re shopping for some time.

The best public chargers are the fast chargers. These come in various forms with increasing speeds. There are 50kW chargers appearing in car parks, restaurants, hotels. While they will charge you a little more for the electricity, they’ll likely charge your car in about 90 minutes.

Electric cars aren’t that green though, are they?

This is probably one of the most-discussed points around electric cars – the fact that there’s a huge chemical battery sitting in it and that’s using rare earth elements. Indeed, most of the carbon footprint of an electric car happens during production. 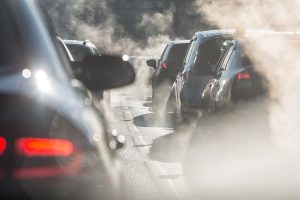 More manufacturers are ensuring that they use green energy in the production of cars and the batteries. Meaning that most electric cars are produced in a much more sustainable way than ICE cars have been in the past. This is something that Volkswagen is being quite open about with the launch of its ID.3 electric car.

What about the power source and how do you get electricity for free?

There’s also the argument that electricity comes from coal power stations, so you’re just shifting the emissions to somewhere else. Yes, in some parts of the world most electricity is from coal power stations. However, in the UK, a large proportion now comes from renewables – and many public charging networks are using green sources. Home owners, equally, can opt for sustainable domestic suppliers.

Of course, there’s also the option to not only have an electric car, but have solar panels and a domestic energy solution (usually made from repurposed electric car batteries), meaning you can capture and store your own electricity, so you’re totally off grid. At EVision all of our cars are re-charged at our 4 UK locations by 100% renewable energy from our own solar panels, meaning we offer true green, zero emission motoring.

There’s no doubt that electric cars are the biggest change the motoring world has seen in a century. For many it’s a change in the way you look at your car and to some degree, use your car. The important thing, however, is not to focus on what you’re not getting and focus on what you are getting.

For some of us, in the UK, there’s a deadline of 2035 coming for the end of combustion cars. Without a doubt that’s nothing to worry about; electric cars are fun to drive, they are connected, modern and filled with lots of clever technology. If you can charge at home that’s a lot easier than having to go to a petrol station, especially for those who might live remotely, not just those who live in cities.

So rather than getting hung up on something like range, electric cars give us an opportunity to embrace the change that’s already happening.

What about company and fleet cars?

There’s absolutely no reason as to why you can’t have an electric company car. If you’re a business owner or employee, you can benefit from the new Benefit in Kind tax break to support a cleaner transport system. Customers and clients are increasingly anxious to work with other businesses who share the same “green” ambitions as them. Therefore, switching your business car or fleet could make a big difference.

Find out more in the video below.