Electric cars are all the rage now. So, it is no surprise that Audi are releasing more electric cars to their e-tron series. In this article, we will discuss things that you might not know about Audi’s e-tron brand. As well as why the all electric e-tron is one of the best electric cars on the market and what the future holds for them. But being Audi, there’s no doubt that their new electric cars will only get better and better.

E-tron is the electric/hybrid division within the automaker. It is perhaps most famous for its victories at Le Mans in 2012, 2013 and 2014 with the R-18 e-tron Quattro LMP1. 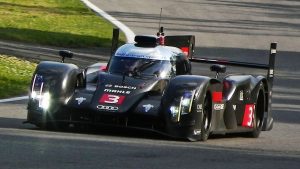 The e-tron series was officially launched in 2009 at the International Motor Show Germany. This was when the first concept was shown off to the world. The first car to carry the e-tron title was the R8. Well, it was an R8 concept anyway, as production ceased. One of the earliest initiatives to the e-tron brand was the plug-in hybrid system. The first plug-in e-tron was unveiled in 2012.

Despite Audi no longer participating at Le Mans, they still put their electric technology to good use in motorsport. In 2014 Formula E launched the first all-electric racing series. Audi is still racing in the series and it acts as a fantastic testing ground for any new innovations.

The electric Audi e-tron we know

They say you can’t rush perfection, however ten years was a long time. The e-tron brand was launched in 2009. However, it took until 2019 before the company could make use of their tech in the e-tron Quattro SUV. The Audi e-tron was definitely worth the wait as it has impressed many so far. 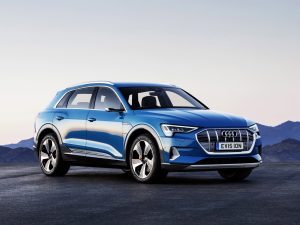 It took Audi a fair few years to perfect their technology and to get their electric cars into production. The first full-electric SUV from Audi was finally launched in 2019. The e-tron is smaller in size than the Q7, but bigger than the Q5. The electric cars aim was to take on the hugely popular and powerful Tesla Model X.

The Audi e-tron comes with an incredibly efficient braking system. This is down to the electric system of the EV and its ability to recover energy. The e-tron can recover energy upwards of 6.8kWh whilst braking, downhill. Now, that is very impressive.

Not only is the regenerative braking outstanding but the electrical energy provides great performance. The power is delivered straight to the wheels, meaning that the power and acceleration is instant. For an SUV, it is very snappy and punchy. When you put your foot to the floor, the e-tron can get from 0-60mph in just 5.7 seconds. As electric cars in the SUV sector goes, it beats the Tesla Model X which has a 0-60 rate of 6 seconds.

Our Audi e-tron has proven to be a very popular EV here at EVision Electric Vehicle Hire. With daily prices starting from £135 per day excluding VAT, what isn’t there to love about this electric car?

After the Audi e-tron, the automaker has big plans to expand its e-tron brand. We can expect to see at least several new electric cars launch over the next few years. Well, we say several. They actually plan on launching 12 fully electric cars between now and 2025. The e-trons expected to launch in the future, will push new boundaries because of how refined Audi’s powertrains, technology and systems are. 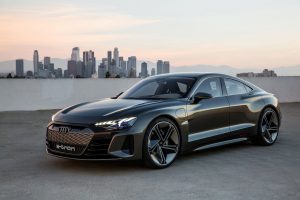 One of the electric cars expected to make an appearance in 2020 is the e-tron GT. A four-door all-electric coupe-styled vehicle. The e-tron GT’s electric motors are rumoured to turn out the equivalent of 582 hp, which is highly impressive. Talking exterior it will be roughly the size of the Audi A7 and will feature a similarly sleek body shape and a sporty side profile. We can also expect to see the Audi e-tron Sportback as well in 2020, but more on that in another blog post…

Did you know that from the 6th April 2020 you can drive a fully electric company car at zero cost? Yes, that’s right ZERO cost!

This is due to the change of the Benefit in Kind. As of April 6th, BiK for electric vehicles will drop to 0%. Meaning that you and your employer will receive huge savings.