Electric cars in the UK could soon be seen sporting a brand-new look. The UK government and the Department for Transport (DfT) could be introducing green number plates for those who drive electric cars. This is part of the government’s £1.5bn strategy to tackle climate change and dangerous levels of air pollution.

The UK push for zero-emission electric cars is being heavily promoted by DfT in the hopes to make them more desirable. In the long run it will help the UK achieve their 2050 target of net-zero emissions. What is net-zero emissions you may ask? This means carbon neutrality, or having a net zero carbon footprint. This refers to either balancing carbon emissions with carbon removal or simply eliminating carbon emissions altogether.

What does this mean for electric car drivers? 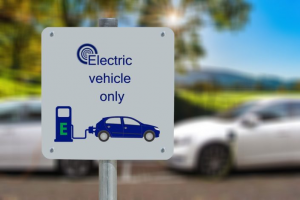 Whilst this all sounds good many are wondering what this means for those who drive electric cars? Well, drivers of EV’s that feature the brand-new number plate design will benefit from cheaper parking and even the option to use bus lanes for free. Whilst this is not fully confirmed, it is a huge stride forwards for electric cars and the adoption of them.

However, this idea hasn’t been welcomed by everybody in the UK. Those amongst this include the RAC which feel that the overall impact of green number plates will be minimal. They feel that instead of offering cheaper parking and bus lane usage, there should be improved incentives for costs of buying new electric cars instead.

Many also believe that slow EV adoption also falls down to the need to improve the charging network. Their argument suggests that unless there are more charging points introduced, people aren’t going to be sold entirely on the idea of a car that needs charging. Yet again, the range anxiety myth rears its unwanted head. Read more about range anxiety in our previous blog post and how electric car manufacturers are tackling this EV myth.

However, it is to be noted that back in 2010, a similar incentive was introduced in Ontario, Canada. In which the city introduced a scheme allowing EV drivers to make use of toll lanes without being charged. FYI, a toll lane is the same as our Dartford Crossing Charge which uses number plate recognition to charge the vehicles owner a small fee. This scheme in Canada subsequently led to an increase of electric vehicle purchases across Ontario after the scheme was implemented.

So, what’s the bigger picture?

The UK government has stated that they aim to ban the sale of fossil-fuelled/ ICE cars after 2040. This is part of the Road to Zero strategy. Although hybrids are currently exempt from this. The Transport Secretary, Grant Shapps has said he would like to push for a 2035 deadline instead. The DfT hopes that when the introduction of the new plates arrive, drivers will be swayed into adopting electric cars. After all, no one wants to miss out on the benefits that come with them.

They hope that the scheme will change societal norms. Encouraging more UK drivers to make more environmentally conscious decisions when it comes to their travel habits and choices. Shapps, states: ‘Green number plates are a really positive and exciting way to help everyone recognise the increasing number of electric vehicles on our roads. By increasing awareness of these vehicles and the benefits they bring to their drivers and our environment, we will turbo-charge the zero-emission revolution.’

The UK government is also currently consulting on whether all new homes built with parking spaces should have mandatory electric car charge points built in. This is another positive step forward for electric cars and the journey to true green motoring. 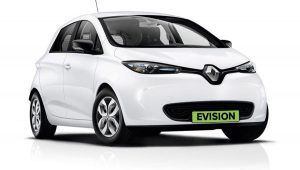 The plates are pictured to retain black lettering on a green background, instead of the standard yellow/white background. Although the design could be modified to a simple green stripe or circle after the consultation. We will have to wait and see…

The DfT believe that the green number plates will act as a useful visual identifier for local authorities. Especially those that are pushing schemes for zero-emission vehicles. Being able to recognise which cars on the roads are green could help inspire people to rethink their decisions when it comes to their next vehicle purchase. For those of us that enthrall ourselves within the world of electric cars we can easily tell the difference between the Jaguar I-Pace and the Jaguar F-Pace. However it is not so easy for some to tell electric cars apart from their internal combustion counterpart.

The government’s behavioural insights team (Bit) state that the distinctive plates will make people aware of fellow drivers’ decisions to drive greener vehicles. Elisabeth Costa, a senior director at Bit, said: “The number of clean vehicles on our roads is increasing but we don’t notice, as it’s difficult to tell clean vehicles apart from more polluting ones. Green number plates make these vehicles, and our decision to drive in a more environmentally friendly way, more visible on roads.’

What current incentives are there for electric cars?

Currently the UK government is undertaking the change to the Benefit in Kind (BiK) tax that takes place in April 2020. For a brief run down we have a Youtube video that explains how you can benefit from this change. As of the 6th of April you will be able to drive a fully electric company car at zero cost. Find out more information about how you and your employer can both benefit from this here.

Overall, we believe that as the UK prepares to push for net zero emissions by 2050, even more incentives are needed to persuade people to make greener choices.

Did you know that from the 6th April 2020 you can drive a fully electric company car at zero cost?

There is no time like the present to make the change, as the UK government has announced that as of April 6th, 2020, Benefit in Kind for electric vehicles will drop to 0%. Meaning that you and your employer will receive huge savings when driving a fully electric company car.